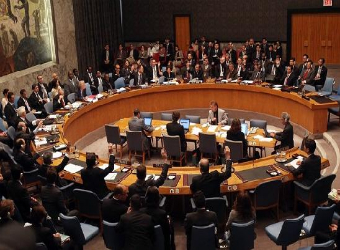 Saudi Arabia’s Gulf Arab allies and Egypt have applauded its decision to reject a UN Security Council seat in protest at the world body’s failure to act on Syria, whose leader is backed by Russia and Shi’ite Iran.

Saudi Arabia turned down a coveted two-year term on the council on Friday in a rare display of anger with what it called “double standards” in the United Nations.

Saudi Arabia, which backs the mostly Sunni Muslim rebels fighting to overthrow Assad, has described his attempts to crush them as genocide. Assad, whose Alawite sect follows a branch of Shi’ite Islam, enjoys solid support from Iran and the armed Lebanese Shi’ite movement Hezbollah. The Syrian leader denounces his foes as Al-Qaida-linked groups backed by Sunni-ruled states.

Riyadh’s frustration with Russia and China now extends to the United States, its historic ally, not only over Syria, but also over Washington’s acquiescence in the fall of Egypt’s Hosni Mubarak in 2011 and its new quest for a nuclear deal with Iran.

Expressions of support from Saudi Arabia’s Gulf Arab friends contained no overt criticism of U.S. policy, but echoed the kingdom’s complaints about the Security Council’s failure to end the war in Syria and resolve the Israeli-Palestinian dispute.

Kuwait shares Riyadh’s pain, Foreign Ministry Undersecretary Khaled al-Jarallah said, citing the “bloody massacres” in Syria and the “suffering of the Palestinian people.” He said the Saudi rejection of a council seat had sent a message to the world.

No country has previously been elected to the council and then walked away. As an incoming member, Saudi Arabia would have taken up its seat on January 1 for a two-year term. Riyadh demanded unspecified reforms in the world’s top security institution.

Plaudits also came from Cairo, which was promised billions of dollars in aid from Saudi Arabia, Kuwait and the United Arab Emirates in July after Egypt’s army overthrew President Mohamed Morsi. The ousted Islamist leader’s Muslim Brotherhood is viewed as a political danger in most Gulf states.

“This brave Saudi position is favored with all of Egypt’s respect and appreciation,” Foreign Minister Nabil Fahmy said in a statement posted on his ministry’s Facebook page.

The Egyptian head of the Cairo-based Arab League, Nabil Elaraby, also said Riyadh had every right to protest against the management of the Security Council, which he said should rethink the veto-wielding powers of its five permanent members.

Voicing its support, the United Arab Emirates said it agreed that the views of Arab countries had been marginalized.

The Saudi decision had handed the UN secretary-general and the permanent council members “historic responsibility to review the role of the United Nations, its powers and its charter,” UAE Foreign Minister Sheikh Abdullah bin Zayed al-Nahayan said.

Bahrain praised Riyadh’s “clear and courageous stand,” while Qatar suggested it could shake the world out of complacency.

Addressing his Saudi counterpart, Qatar’s Foreign Minister Khalid bin Mohamed al-Attiyah wrote on Twitter: “When you are angry, you send the world into disarray, so thank you.”