Hong Kong gearing up for protests over Christmas holidays 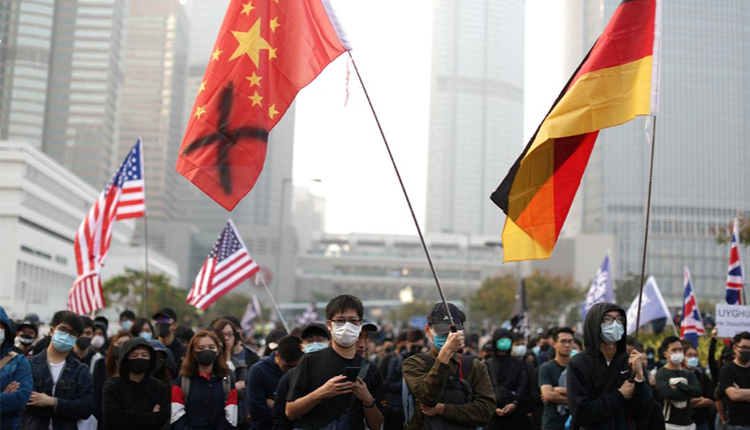 Hong Kong is gearing up for demonstrations over Christmas week with protesters planning events in districts across the city, including in prime shopping malls, the latest in more than six months of unrest.

This week’s protests follow a weekend of rallies, including one on Sunday, which ended in chaotic clashes between black-clad, masked demonstrators, who kicked and beat police officers, hurling bricks and glass at them. Police retaliated with bursts of pepper spray and one officer pulled out a gun toward a crowd but did not fire, according to Reuters witnesses and Cable Television.

Protests planned throughout the week include evening demonstrations in five malls on Christmas eve. A countdown rally is also planned near the city’s harbor front in the bustling Tsim Sha Tsui shopping district.

Protesters are also planning an event called “Suck the Christmas” on Christmas Day where they are expected to protest in different districts according to notices on social media.

Earlier on Sunday, more than 1,000 people rallied calmly in support of China’s ethnic Uighurs, who have been detained en masse in camps in China’s northwestern Xinjiang region.

The rally had received police permission to be held but police said they took action after protesters “assaulted” officers to help an arrested person escape.

Protesters, some advocating Hong Kong independence, also removed the national flag from its position at the protest site, a move the government said was illegal.

“Advocating Hong Kong independence…is not conducive to the overall and long term interest of Hong Kong society. It is also contrary to the established basic policies of the People’s Republic of China regarding Hong Kong,” the government said in a statement overnight.

Protests in Hong Kong are now in their seventh month, albeit in a relative lull compared to the scale and intensity of violence since they started in June.

Many residents are angry at what they see as Chinese meddling in the freedoms promised to the former British colony when it returned to Chinese rule in 1997.

China denies interfering and says it is committed to the “one country, two systems” formula put in place at that time and has blamed foreign forces for fomenting unrest.

Many Hong Kong people are also furious at perceived police brutality, and are demanding an independent investigation into allegations of excessive force. Other demands include the release of all arrested demonstrators and full democracy.