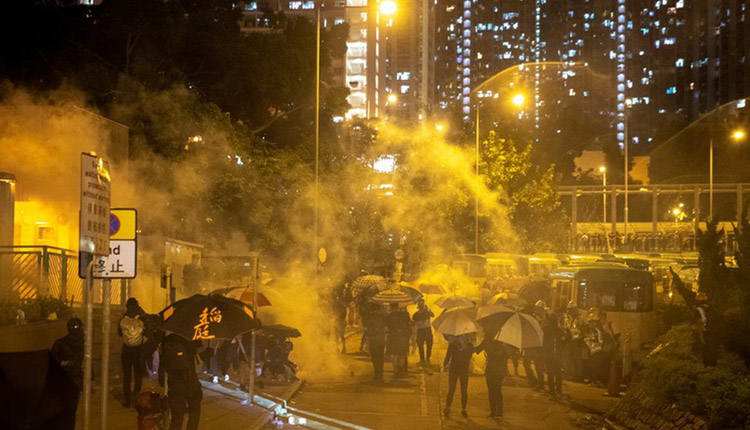 Hong Kong leader Carrie Lam said on Saturday “extreme violence” in the Asian financial hub had justified her decision to invoke emergency powers for the first time in half a century, following a night of violent protests.

“The radical behavior of rioters took Hong Kong through a very dark night, leaving society today half-paralyzed,” Lam said, in her first comments since Friday’s ban on face masks ordered on the basis of the emergency provisions.

“The extreme violence clearly illustrated that Hong Kong’s public safety is widely endangered,” she said in a pre-recorded television announcement.

“That’s the concrete reason that we had to invoke emergency law yesterday to introduce the anti-mask law.”

Demonstrators have used face masks to conceal their identities in increasingly violent protests that have roiled the city for four months.

The protests began in opposition to a bill introduced in April that would have allowed extradition to mainland China, but have since spiraled into a broader pro-democracy movement.

After Friday’s violence, rail operator MTR Corp took the unprecedented step of shutting down the entire network, which carries about 5 million passengers each day, while shopping malls and supermarkets also closed.

Further demonstrations are planned across Hong Kong through Monday, which is a public holiday, but it was not immediately clear how the transport shutdown would affect them.

Egypt to export $1bn commodities to US via QIZ