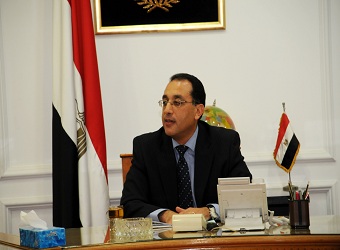 With middle-income housing a priority for the government, the Housing Ministry has thrown their support behind the show. The Minister will explore projects and speak to exhibitors on the show floor following the inauguration tomorrow.

Running until the 16that the Cairo International Exhibition Centre, Next Move Egypt is expected to open its doors to thousands of investors and potential homebuyers.

The consumer-focused show, targeted towards mid-income earners in the country, will offer up new and existing residential projects in the country at affordable prices from the show’s 45-strong exhibitor list.

“We’re excited to launch this new show for consumers in Egypt as we firmly believe that our exhibitors will speak directly to the demand from homebuyers,” says Tom Rhodes, Exhibition Director at Next Move Egypt.

“Our exhibitors will be offering more than just houses, they’ll be offering homes in thriving communities in Egypt’s old and new cities. Buyers are traditionally looking for apartment units, townhouses or villas in areas that are close to places of work, schools, retail and hospitals and our exhibitors will offer them an array of options.”

on the other hand, Exhibitors are confident that it’s the perfect time to invest in the Egyptian real estate.

Faten Elshetry of Alsafwa Real Estate says that the Egyptian market is experiencing a transformation because of the opportunities it’s currently providing for homebuyers and due to the development of new cities, such as the New Administrative Capital.

Alsafwa will be launching Capital Heights 1, a 4 billion Egyptian pound investment in the heart of the new capital, with a 0% down payment and instalments up to 7-years.

In addition, Shireen Badawi, Marketing Manager at Oriental Urban Development (OUD Egypt), maintains that the greatest segment of growth in the real estate sector is in the lower and middle-income housing segments due to population growth.

She added that as a result developers in the residential segment have adjusted their strategy according to the market demand by designing smaller units and offering longer payment facilities – as will be evidenced at the show.

Besides, OUD Egypt will be offering discounts to homebuyers on a range of their projects including: Heliopolis Hills, Obur, Cairo; Baron Plaza, Cairo; Fountain Park, 5th settlement, New Cairo.

Furthermore, the show will also include other projects such as 3Aqarweb that  will reveal its 6th October projects; Maadi (Zahraa Maadi), Haddabah Wosta (Oriana), and El-Sherouk. Each of the projects will offer payment plans between 4 – 6 years with 0% interest. Heliopolis Developers Group (HDG) that has several residential projects under its belt for Next Move including; Korba Heights in Nasr City, and Gold Yard in Sheraton Heliopolis.

In addition to, Integrated Solution that will showcase two projects in New Cairo; Jiran, and B81 and will offer visitors flexible payments with instalments made over 8-years. Amlak Misr  which has three projects: Meridia, AL Shorouk City, which will come with a 20% down payment and up to 6-years instalment; and Water Valley, North Coast, which will be offered with a 0% down payment and instalments made over 7-years.