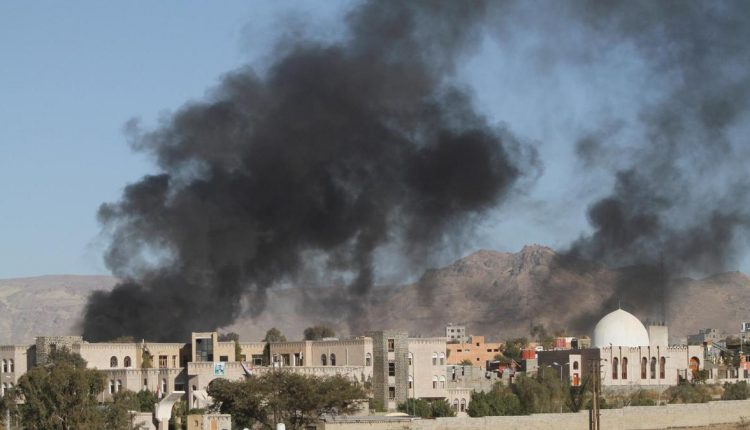 Fragments from a missile launched into Saudi Arabia from Yemen by Houthi forces killed one civilian and wounded 11, Saudi state media said on Thursday.

The Houthis, an Iran-allied group that controls much of Yemen including the capital Sanaa, said it fired a missile at the Jizan Industrial City in southern Saudi Arabia, according to the Houthi-run al-Masirah TV.

“The interception resulted in projection of fragments throughout some residential areas, which caused the martyrdom of a Yemeni resident, and injuries among 11 civilians,” the Saudi-led coalition battling the Houthis in Yemen’s civil war said in a statement reported by SPA on Thursday.

The Houthis have fired dozens of missiles into the kingdom in recent months, part of a three-year-old conflict widely seen as a proxy battle between regional rivals Saudi Arabia and Iran. Most have been intercepted by the Saudi military.

The coalition led by Saudi Arabia and the United Arab Emirates intervened in Yemen’s war in 2015 to unseat the Houthis and restore the internationally recognized government in exile.