IDA seeks to launch 12 industrial complexes in the upcoming period 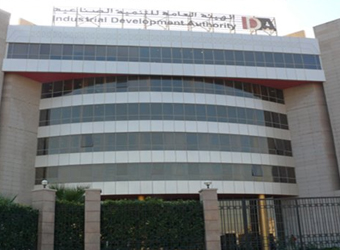 Chairperson of the Industrial Development Authority ( IDA) Ahmed Abdel Razek said that the authority targets to offer 12 ready industrial complexes including 8 complexes in Upper Egypt, 3 in 10th of Ramadan City and one in Sadat City.

He made these comments during a meeting organized by British Egyptian Business Association – BEBA.

The IDA plans to establish 22 industrial complexes for SMEs until 2020, the complexes include 200 factories for SMEs, and they are scheduled to be allocated free of charge to Egyptian and foreign investors in Upper Egypt.

He pointed out that the IDA targets to offer 60m sqm of flat land until 2020, and that it offered 11m sqm since its establishment in 2006. 11m sqm of lands were offered in 2016— which means that what was offered in 2016 alone was as much as what had been offered in the past nine years.

Abdelrazek added that IDA has recently launched 8 million square meter of lands through the private sector in the frame work of the industrial developer programme.

Abdel-Razeq pointed out that the manufacturing cost in Egypt has become competitive for many countries around the world, which is one of the fruits of the policies taken by the government, such as the flotation and the exploitation of raw materials raising the added value of the domestic product by noting that the most prominent evidence of this is the flow of unprecedented requests for industrial investors locally and globally.