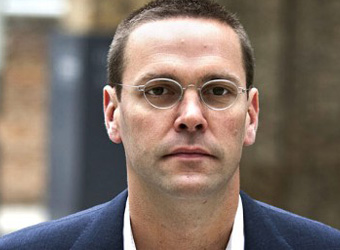 News that James Murdoch was stepping down as executive chairman of News International was met with a collective yawn on Wall Street.

It is not that analysts don’t care about the phone hacking scandal, but in terms of impacting News Corp stock, most believe the probe is a distraction, not a problem that threatens long-term profits.

“I have a buy rating on the stock, it is my top pick in the space,” says Michael Morris, co-director of research at Virginia based Davenport & Company.

“I have been bullish on the banged up media companies, and News Corp’s business is not well understood. The discount it (the stock) is getting because of the Murdoch concerns presents a great investment opportunity,” says Morris, who has covered News Corp for years.

Morris cites a very strong TV business and says much of the fear that new technology would hurt cable networks has not materialized. He believes the company has “great operating momentum.”

Barton Crockett of Lazard Capital agrees, pointing to the fact that Fox News Channel was able to push through a big rate hike for distribution fees. He believes the company has earnings growth potential of 25% from here.

The other strong positive for investors is current Chief Operating Officer Chase Carey.  “He is one of the most highly respected managers in the media industry,” says Morris.

Instantly recognizable with his distinctive mustache, Carey has been a steady figure, instrumental in launching stock repurchases that have helped shares recoup some of the losses suffered on the back of the hacking incident.

But even Carey’s power has limits. Investors would love to see News Corp sell or spin off the publishing businesses, but Carey acknowledged just this week that’s not going to happen.

Ministry Of Petroleum Turns Down A $1bln loan