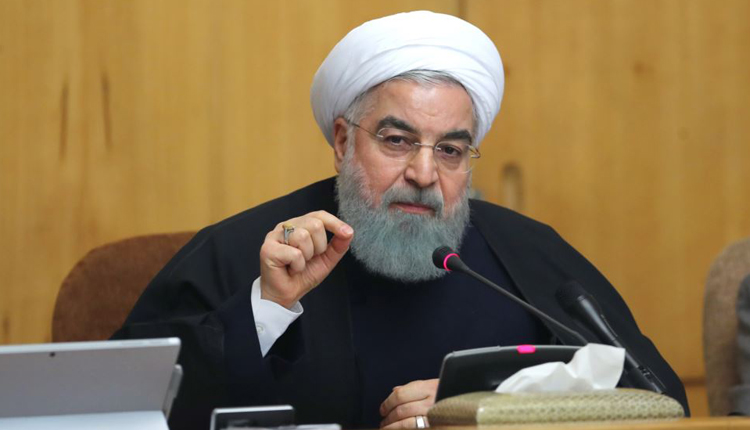 Iranian President Hassan Rouhani dismissed a U.S. call for talks on Monday, hours before Washington was due to impose new sanctions in line with President Donald Trump’s decision to pull out of a 2015 agreement over Iran’s nuclear programme.

Washington has said the only way Iran could avert the sanctions would be to agree to new negotiations to abandon its missile and nuclear programmes.

In a televised address, Rouhani said there could be no talks as long as Washington was reneging on the deal.

“If you stab someone with a knife and then you say you want talks, then the first thing you have to do is remove the knife,” Rouhani said.

“We are always in favour of diplomacy and talks … But talks need honesty,” Rouhani said. “Trump’s call for direct talks is only for domestic consumption in America ahead of elections … and to create chaos in Iran.”

European allies tried and failed to persuade Trump not to walk out of the 2015 agreement, under which Iran agreed to curbs on its nuclear programme in return for the lifting of international sanctions. Rouhani said Washington would come to rue a move that had been rejected by other countries.

The prospect of sanctions has already hurt Iran’s economy, with the rial currency falling this year and the government cracking down on protests. Rouhani called on Iranians to unite in the face of hardship.

“There will be pressure because of sanctions but we will overcome this with unity,” he said.

The Trump administration argues that the curbs did not go far enough and it wants to force Iran back to the negotiating table. Iran says that by abandoning the agreement Washington has shown it cannot negotiate in good faith.

Last month, Trump said that he would be willing to meet Rouhani without preconditions to discuss how to improve relations.

Egypt’s Arabia to roll out new phase in Sun Capital in Sept.