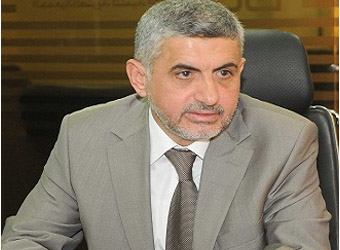 A business association founded by a financier for Egypt’s new Islamist rulers says it can democratize an economy long dominated by associates of ousted leader Hosni Mubarak, but skeptics fear the emergence of just another clique.

The Muslim Brotherhood dominates post-Mubarak politics. It has less traction in an economy long dominated by an inner circle of businessmen around Mubarak’s now jailed son Gamal.

Opponents say the Brotherhood wants to replicate in business its firm grip on politics, with a view to rewarding those who supported the movement financially through the long years it was banned. That dismays liberals who saw in Mubarak’s overthrow last year an opportunity for a more meritocratic economy.

Hassan Malek, a tycoon and Brotherhood member, insists his goal has been promoting equal opportunity since he founded the Egyptian Business Development Association in March, three months before the Brotherhood’s Mohamed Morsi won Egypt’s presidency.

He has modeled EBDA, whose acronym means “start” in Arabic, on Turkey’s MUSIAD, an association of religiously oriented small businesses which share information and contracts to challenge the traditional dominance of larger groups.

“We welcome everyone who wants to work with us,” said Malek, who has a family background in business and made his money in software, textiles and furniture. “Unequal distribution of opportunity is what we seek to change in the new Egypt.”

Businesses, many of them smaller enterprises struggling in an anemic economy, have rushed to join EBDA, which now has over 400 members. It says 1,000 companies are waiting to join.

Some members represent leading businesses such as cable maker El Sewedy Electric, food producer Juhayna and Egyptian Steel. These flourished during Mubarak’s three-decade rule but were not caught up in the corruption lawsuits that emerged after his overthrow in February 2011.

In a mark of its ambitions – and good contacts in powerful new places – EBDA sent a delegation of 80 businesspeople, many of them young entrepreneurs without personal ties to the Brotherhood, to accompany Morsi on a trip to China in August.

Many of those also joined him on visits to Italy, Turkey and Qatar as Egypt tries to end a drought in inward investment.

Osama Farid, head of international cooperation at EBDA, said Morsi’s visit to China marked a break with the past when Mubarak would typically take only as few as 10 favored businessmen on foreign trips to capture the opportunities available.

“Within EBDA there are businessmen who did very well under Mubarak and new ones looking to prosper in the new Egypt. We are not trying to replace what exists but to offer an alternative” Farid said.

Malek has multiplied his meetings with foreign diplomats and business people and representatives of international banks. Brotherhood officials credit him with facilitating a $2-billion loan to Egypt from Turkey last month.

Since Mubarak’s overthrow, the change of fortunes for men like Malek has been dramatic.

Brotherhood-linked businessmen were forced to operate under restrictions on how much wealth they could amass. Some had property confiscated during the 1990s or were detained on suspicion of money laundering or funding the Brotherhood.

Malek and former partner Khairat al-Shater, another Brotherhood tycoon and financial strategist, spent more than four years in jail together under Mubarak, who sought to curtail the Brotherhood and formally banned it from operating.

The two men are now vying for economic influence within the movement, Brotherhood sources told Reuters. While Malek seeks to extend the reach of EBDA, Shater has established a chain of supermarkets and recently held talks in Dubai to establish a bank there to help manage the Brotherhood’s finances.

Some executives are suspicious of EBDA’s motives. One agribusiness manager told Reuters he was still trying to decide whether to accept its offer of membership: “I agree with their goals to expand the business climate,” he said.

“But my concern is that EBDA could turn into another clique close to the Islamist presidency, mirroring Gamal Mubarak’s.”

In Turkey, admired by some in the Brotherhood for showing that Islamist democrats can take over from military rulers, the business organization MUSIAD forged ties with Egyptian peers more than a decade ago, when Turkish entrepreneurs were trying to find ways to better exploit markets in the region.

Its emergence as a lobby for a growing entrepreneurial middle class came in tandem with the rise of the AK Party, which arrived in government in 2002 and which has roots in political Islam. MUSIAD promotes itself as a partner for foreign investors looking not only at Turkey but the wider Islamic world.

“EBDA and MUSIAD represent a huge coming together of smaller capital,” said Koray Caliskan, political science professor at Bosphorus University in Istanbul. “Those people who were with the Mubarak regime were a small coming together of big capital.”

With thousands of members, and favoured by Prime Minister Tayyip Erdogan of AK, MUSIAD now poses a challenge to the dominant secular business group in Turkey, TUSIAD.

“Erdogan said capital is changing hands in Turkey,” Caliskan said. “Ten years ago everyone wanted to be TUSIAD chairman. Now everyone is away from it. Even members do not go to meetings, as Erdogan takes aim at them very frequently.”

With Mubarak gone, Egyptian business ties with Turkey, the biggest economy in the Middle East, are now growing to match the Brotherhood’s links with the AK Party.

But Turkey’s enduring tradition of secular rule could limit the scope for political cooperation. Egypt’s new political landscape is dominated by Islamists and ultraconservative groups for whom secularism is synonymous with atheism.

One Turkish official, speaking on condition of anonymity, said the new Egyptian government sees Turkey “not as a model but an inspiration … and Turkey reciprocates this”.

Some business experts say, however, that EBDA’s leadership lacks the expertise to transform Egypt’s economy.

“You will find that most of them lack the know-how and experience in dealing with the state,” said Wael Nahaas, a financial market analyst.

“Most of these businessmen are at heart traders, not economists. Until now they have not provided a clear economic vision of where they are trying to steer Egypt.”