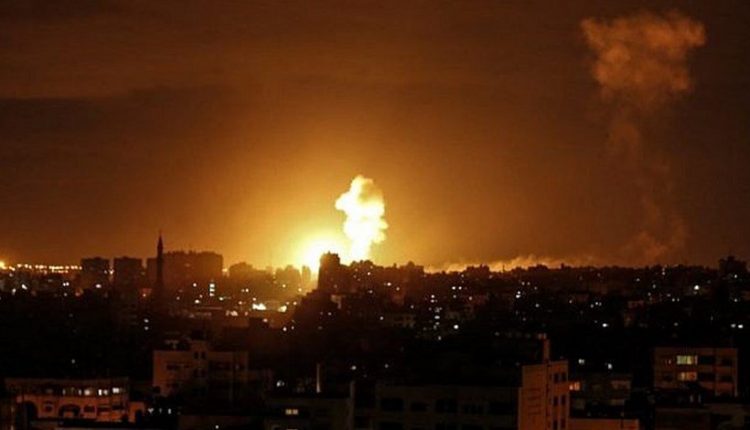 Israeli warplanes bombed the studios of Hamas’s television station in the Gaza Strip on Monday during a surge in cross-border fighting, Palestinian officials and witnesses said.

There was no immediate word of casualties in the air strike on Al-Aqsa Television, which destroyed the premises in Gaza City and damaged nearby buildings.

Many local residents had fled after Israel phoned in calls to evacuate and launched at least five non-exploding missiles nearby as warnings, witnesses said.