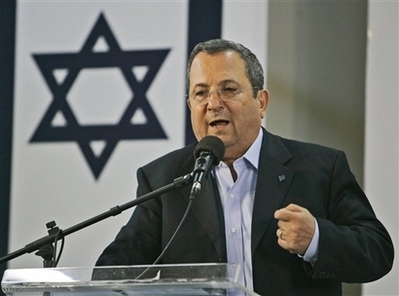 Egypt must take control of the rising unrest which is sweeping through the Sinai Peninsula if it wants to preserve the peace with Israel, Defense Minister Ehud Barak said late on Monday.

“We urge Egypt to contain the lawlessness in the Sinai Peninsula — this is imperative in order to keep our two nations firmly on the path of peace,” the Israeli minister told reporters at a meeting of the Foreign Press Association in Jerusalem.

Israel has repeatedly raised the alarm over the growing wave of lawlessness in the Sinai which has spiraled since the revolution which overthrew Egyptian president Hosni Mubarak in February 2011.

Border security incidents have increased in recent months, and Israel has warned that the vacuum is being exploited by militants bent on attacking the Jewish state, such as those who sneaked over the border in August 2011 and killed eight Israelis.

Although Egypt has deployed thousands of troops in Sinai to stamp out militant activity, the situation remains highly volatile.

Despite the ongoing unrest, Barak said Israel’s security communication with Egypt was “open and effective.”

“Israel, Egypt and Jordan have tasted the fruits of peace, and even during these uncertain times, the crucial communication channels between the Israeli and Egypt security establishments remain both open and effective,” he said, according to AFP.

Egypt in 1979 became the first Arab country to sign a peace treaty with Israel, but relations, which have never been warm, have been very strained following the fall of Mubarak.