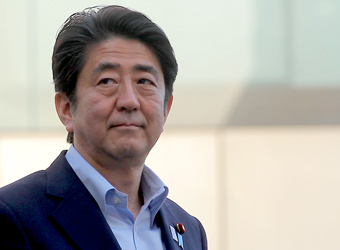 Japanese Prime Minister Shinzo Abe said on Monday he believed U.S. President Donald Trump understood the value of free trade and that he would keep pitching a multinational trade pact that Trump’s administration has vowed to exit.

“I believe President Trump understands the importance of free and fair trade, so I’d like to pursue his understanding on the strategic and economic importance of the TPP (Trans-Pacific Partnership) trade pact,” Abe told a session of parliament’s lower house.

Abe also said he wanted to strengthen the U.S.-Japan security alliance, based on mutual trust with Trump.

“When we met last time, I believed him to be trustworthy, this belief has not changed today,” Abe added, referring to his November meeting with then-president-elect Trump.

Abe also said Tokyo wanted to explain how its companies have contributed to the U.S. economy, a stance the Japanese government has adopted to try to fend off threats of a “border tax” on imports into the United States.

Japanese Chief Cabinet Secretary Yoshihide Suga said separately that Tokyo would closely monitor any impact of the new U.S. administration’s policies on its companies and that he wanted to deepen economic ties between the two countries.

Trump took office as the 45th president of the U.S. on Friday and pledged to end what he called an “American carnage” of rusted factories and crime in an inaugural address that was a populist and nationalist rallying cry.

The new Trump administration said on Friday its trade strategy to protect American jobs would start with withdrawal from the 12-nation Trans-Pacific Partnership (TPP) trade pact.

The trade deal, which the United States signed but has not ratified, was a pillar of former president Barack Obama’s pivot to Asia, and Abe has touted it as an engine of economic reform, as well as a counter-weight to a rising China.