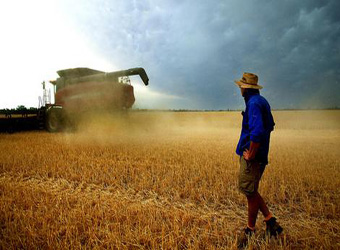 Dry weather in Kazakhstan, the second-largest wheat exporter in the former Soviet Union, may persist and threaten planting after a record crop.

The country, estimated by the U.S. government to more than double its harvest and raise shipments to an all-time high in 2011-2012, will continue to have dry weather with temperatures warming to above normal in March through May, said Telvent DTN Inc. in a Feb. 26 forecast. Most of the wheat is planted in the spring, according to the United Nations.

“Our lands are not irrigated, we are fully dependent on our continental climate,” Almaz Zaripov, founder and director of closely held exporter Kazakhstan Food Co., said in a Feb. 23 interview. “If there is a drought, the harvest will be small.”

Lower supply from Kazakhstan may curb a 21 percent slump in futures in the past year. Prices plunged as global production and inventories jumped to records and exports climbed to the second-highest in at least five decades.

18 people were killed in a bus attack in Pakistan