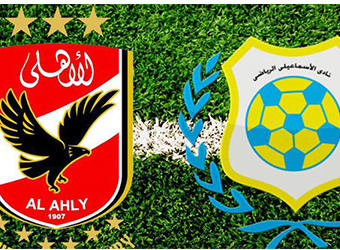 Ahly will be determined to put their Egyptian Super Cup loss against arch-rivals Zamalek behind their backs when they resume their league campaign against bitter foes Ismaily at Suez’s Army Stadium on Wednesday.

Having lost the Super Cup 3-1 on penalties following a shootout that saw them miss three spot kicks, defending champions Ahly will be keen to bounce back against Ismaily in the league this time around.

The Reds are currently in charge of the table, five points clear of second-placed Maqassa, and 11 ahead of fifth-placed Zamalek who have two games in hand.

A win on Wednesday is likely to give Hossam El-Badry’s men a much-needed boost against an Ismaily side that do not particularly look the same imposing team of the first decade of the 2000s.

Lying 10th in the league standings on 22 points, the Dervishes have lost three games and drawn 10, winning just four times.

In the Egypt Cup, they were not anywhere better having lost 1-0 to Alexandria’s Smouha in the round of 16 in newly-appointed Czech manager Frantisek Straka’s debut at the helm.

Straka, however, seems upbeat ahead of the Ahly clash, promising a positive result against the reigning champions.

“We will be playing the league leaders and this is something else. We have to do our best to deliver a good performance,” The 58-year-old, who replaced Ashraf Khedr in late December, told an Egyptian television program Sunday.

“I promise the Ismaily fans we will get positive results against Ahly,” the ex- Czech Republic boss added.

Ahly should be favorites going into the away clash, even though they will be missing influential international duo Ahmed Fathi and Abdallah El-Said who have been rested following an Africa Cup of Nations campaign that physically drained them.

Center-half Ahmed Hegazy, a pillar of the Pharaohs’ defense who played a key role in helping his side reach the Nations Cup final against Cameroon, has been included as he is set to play alongside Saad Samir at the back.

Left-back Hussein El-Sayed has been ruled out, with Tunisia full-back Ali Maaloul returning.

Striker Marwan Mohsen is sidelined with a long-term knee injury.

New-signings Souleymane Coulibaly and Amr Barakat have all made the squad as they are set for their first-team debut.

Actor Harrison Ford in near-miss at US airport: media