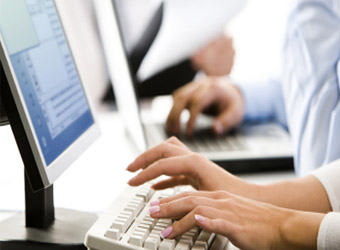 The U.K. is one of the lowest payers for technology talent, despite depending on more than a quarter of foreign workers to fulfill roles in the sector, according to a report into global technology sector salaries.

The report from job search marketplace Hired, released Thursday, included insights that 27 percent of workers joining the U.K. tech sector come from outside the country.

Average offers to candidates to relocate to Silicon Valley or New York were both $122,000, while offers to Seattle were $129,000.

This disparity in salary offers threatens to create a brain drain in the U.K. tech sector unless wage offers begin to rise, warns Mehul Patel, CEO of Hired.

“If salaries for tech workers in the UK do not increase it could well impact on the nation’s ability to attract and retain the best talent globally,” he told CNBC via email.

“With the average salaries for tech workers in London being substantially lower than those of San Francisco and New York, a brain drain is a possibility if the imbalance is not addressed.”

In addition, Brexit may create problems for the sector if the U.K.’s decision to leave the European Union produces barriers to immigration and travel.

We know that the tech sector relies on the ability of talent to move easily across borders. Any political uncertainty connected to that will have an impact on both tech businesses’ recruitment strategies and individuals’ willingness to move,” said Patel.

“During this time of uncertainty, we could see a salary rise in the short term for U.K. workers, as demand for local talent becomes more intense. “

However, the U.K. continues to be an attractive place to work for employees and tech firms. For instance, the U.K. offers talent-creating universities, stable and pro-business regulations, and a decent quality of life.

“Although the U.K. technology market presently is not quite as mature as those markets in San Francisco and New York, which in part explains why there are higher salaries available in these cities, we expect this gap to close as the sector continues to grow,” he said.

“Today, with a concerted effort from entrepreneurs, government, industry groups and big business, the U.K. has become a hotbed of start-ups and a home for big tech businesses, talent and digital innovation.”