InvestmentTech news
By Amwal Al Ghad English On May 24, 2020 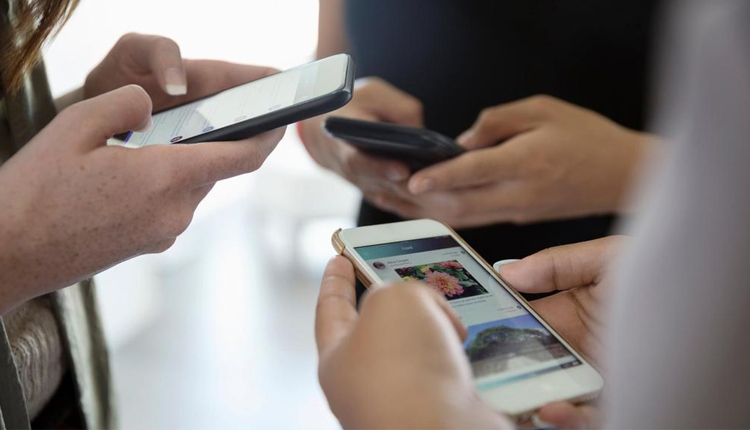 Therapy app makers are rushing to meet a flood of new customers, but health experts remain divided on the regulatory path ahead as privacy and efficacy concerns mount.

As of early April, nearly half of Americans said the pandemic was having a negative effect on their mental health, according to a survey by the Kaiser Family Foundation. With in-person therapy paused amid ongoing shelter-in-place restrictions, people are turning to their smartphones for help.

In most years, “these apps experience a strong January due to New Year’s resolutions but decrease in subsequent months,” Sensor Tower co-founder Alex Malafeev told CNBC on Sunday.

App stores play host to nearly 20,000 mental health apps, according to the American Psychological Association. They run the gamut from AI chatbots and mood trackers, to services like Talkspace and BetterHelp that connect patients with licensed therapists.

Investors are banking on the growing therapeutic app market, too. Calm is still the only mental health company with a valuation north of $1 billion but other start-ups are fast on its heels.

This quarter, as coronavirus decimated the global economy, mental health firms raised a record $576 million — 60 percent more than any previous quarter, according to CB Insights.

Talkspace — which offers video and text-based therapy — said that its new user count nearly doubled between mid-March and May 1, versus the same period in 2019. Applications from therapists looking to join the platform, meanwhile, have risen more than 500 percent, according to Neil Leibowitz, the company’s chief medical officer.

Talkspace declined to give exact user figures, but, according to Sensor Tower, first-time installs of the app in the U.S. were up 43 percent in April compared to January — from 28,000 to 40,000. During that same time period last year, installs fell 15 percent.

CEO Oren Frank told CNBC last month that venture capitalists, including some that passed earlier, are flocking to invest.

The company still isn’t profitable and, like most venture-backed start-ups, will need additional capital for future expansion. But Frank said Talkspace has turned them down, for now, preferring to focus on rolling out more resources for therapists and patients.

A Talkspace rival, BetterHelp, is also navigating an unprecedented surge in demand. The number of users choosing the platform to help specifically with stress and anxiety has more than doubled, according to CEO Alon Matas. Matas also declined to give exact user numbers, because its parent company Teledoc hasn’t yet publicly disclosed those metrics.

To satisfy the flood of new customers, both Talkspace and BetterHelp said they are rapidly onboarding new therapists.

“In terms of kind of a supply and demand approach, demand is definitely spiking, but our supply is also shooting up, so we’re still pretty confident on being able to accommodate this,” Matas said.

Even before the pandemic, fewer than half of Americans with mental illnesses accessed treatment, according to a survey by the National Institute of Mental Health.

Now, as experts caution that the U.S. is barreling towards a mental health crisis, government officials are curbing restrictions to teletherapy. In February, states waived licensing requirements, allowing therapists on platforms like Talkspace and BetterHelp to practice across state lines.

In March, the Department of Health and Human Services granted therapists permission to communicate with patients on platforms that don’t meet HIPAA security standards. And, just last month, the FDA announced it would relax its vetting process for mental health apps coming onto the app store.

This spate of deregulation could spur innovation and more widely disseminate mental health resources amid the pandemic. But it also leaves the space vulnerable to bad actors and misinformation, according to John Torous, Director of the Digital Psychiatry Division at Beth Israel Deaconess Medical Center.

“The barriers to building apps, including for mental health, are minimal,” Torous said. “Those are egregious examples of apps not doing well.”

Dr. Stephen Schueller has spent the last decade running a non-profit website called Psyberguide, which ranks therapy apps based on user experience, data privacy, and scientific backing. Of the tens of thousands of mental health apps on the app store, he said only three percent are evidence-based.

“Finding an effective therapy app can be like finding a needle in a haystack,” Schueller said.

Concerns about privacy and data autonomy have also dogged the teletherapy space.

BetterHelp CEO Alon Matas maintains that the company’s data-sharing practices are standard for the industry. “BetterHelp is in the counseling business, not the data business,” Matas said.

Sharing data with third parties is ubiquitous across mental health apps. In 2019, when researchers examined data practices of 36 top-ranked apps for depression and smoking cessation, they found that more than 80 percent sent data to Facebook and Google — often without disclosing it in their privacy policies.

Torous, who contributed to the study, said therapy apps can share sensitive mental health data because they exist in a regulatory grey area.

“I think it kind becomes a buyer beware situation where you say ‘well, I’m telling this app all my sensitive mental health information, and I’ve given it access to my GPS, and it knows where I sleep at night and where I work,’” Torous said. “You do probably want to know who has that data and what happens to it.”

Quinn Grundy, an assistant professor of at the University of Toronto’s Faculty of Nursing, said that, when developers send a customer’s data to MixPanel or Facebook, those third parties can aggregate and commercialize it without the user’s knowledge.

Thus, there is no way for the user to hold these companies accountable — or prevent them from sending that same data to a fourth party.

“Data is really the currency in the app market,” Grundy said. “What this pandemic is doing is laying bare pre-existing issues.”

CNBC spoke to six mental health experts, all of whomechoed these concerns around privacy and efficacy, especially amid the coronavirus-induced surge in demand. Most emphasized that the digital therapy space needs more transparency and oversight, but there isn’t a consensus on the path forward.

Grundy noted that the U.S. Food and Drug Administration is considering regulating clinical medical devices involved in telehealth, while the Federal Trade Commission is moving to crack down on misleading claims made by app developers. Overall, though, mental health apps live in a “very grey” area.

“There is room for some regulation,” Torous said. “I think the flip side is that we don’t want to stifle innovation. We want to see what the technology can do when it reaches its full potential, but I think most people would agree they don’t want to be the guinea pig.”

Zuckerberg led Facebook to an all-time high this week