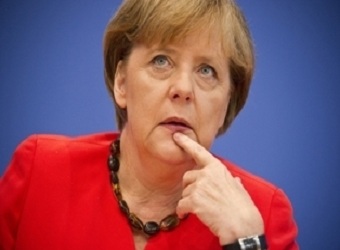 German Chancellor Angela Merkel told a newspaper she would be prepared to become involved in a diplomatic initiative to end the North Korean nuclear and missiles program, and suggested the Iran nuclear talks could be a model.

South Korea on Saturday braced for a possible further missile test by North Korea as it marked its founding anniversary, just days after its sixth and largest nuclear test rattled global financial markets and further escalated tensions in the region.

“If our participation in talks is desired, I will immediately say yes,” Merkel told Frankfurter Allgemeine Sonntagszeitung in an interview to be published on Sunday.

She pointed to negotiations that led to a landmark nuclear agreement between Iran and world powers in 2015. Back then, Germany and the five countries on the United Nations Security Council with veto power took part in talks that led to Iran agreeing to curb its nuclear work in return for the lifting of most sanctions.

Merkel said that was “a long but important time of diplomacy” that ultimately had a “good end” last year, referring to when the deal was implemented.

“I could imagine such a format being used to end the North Korea conflict. Europe and especially Germany should be prepared to play a very active part in that,” Merkel added.

She said she thought the only way to deal with North Korea’s nuclear program was to come to a diplomatic solution, adding: “A new arms race starting in the region would not be in anyone’s interests.”

Europe should stand united in trying to bring about a diplomatic solution and “do everything that can be done in terms of sanctions”, she said.

Merkel is expected to win a fourth term in office in a Sept. 24 vote, with polls giving her conservatives a double-digit lead over their rival Social Democrats.

Merkel is widely seen in Germany as a safe pair of hands at a time of global uncertainty such as the North Korea crisis, Britain’s looming departure from the European Union and Donald Trump’s presidency in the United States.

Merkel has spoken to leaders including Chinese President Xi Jinping and Japanese Prime Minister Shinzo Abe about North Korea this week. The newspaper said, without naming its sources, that she would speak by telephone with Russian President Vladimir Putin on Monday.

With Trump meeting, Malaysia’s PM seeks to put 1MDB scandal behind him