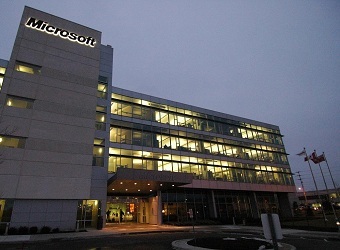 Microsoft will announce about 700 job cuts around its earnings call within this week, as part of its previously announced plan to cut 2,850 jobs by June 2017.

The cuts, first reported by Business Insider, will not be concentrated in any particular area, but are part of an effort to update skills across the company. Microsoft had more than 114,000 employees as of June 30, 2016, the end of its last fiscal year, and has more than 1,000 open positions that it’s seeking to fill.

The company is in the midst of a years-long transition to a cloud model, where it sells software as subscription services, rather than licensing it for installation on computers owned by its customers. During this transition, which accelerated when Satya Nadella took over as CEO in early 2014, Microsoft has laid off more than 25,000 workers, mostly from the smartphone business it gained in its 2013 acquisition of Nokia.

The company will announce earnings for the December quarter on Thursday, January 26. Analyst polled by Thomson Reuters expect earnings per share of $.78 on revenue of $25.27 billion.