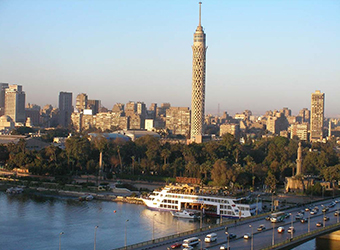 Mild weather prevails on Tuesday on all parts, turning cool over the night, meteorologists said.

Highs of 26 degrees centigrade is reached in Cairo and 23 degrees in Alexandria.

Visibility reduced in the morning due to mist on northern coasts, the Delta, Cairo, canal provinces and northern Upper Egypt.

Highs of 31 degrees are felt in Aswan.

Low and medium level clouds appeared in the north, accompanied by rains in the west.

Moderate northwesterly winds blowed in the west whipping up sand and dust.

The height of Mediterranean and Red Sea waves ranged between 1.5 to two meters, with northwesterly winds blowing on both seas.

Sahar Nasr is among 100 most influential Arab figures in 2016