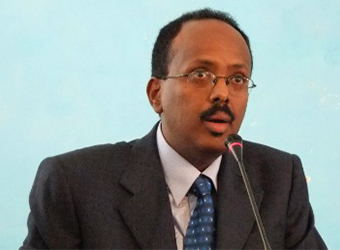 Egypt congratulated Somalia on the election of Mohamed Abdullahi Mohamed as president, the Egyptian foreign ministry announced on Thursday.

The statement also praised the members of the Somali parliament and how they put Somalia’s interests first, calling on them to support Mohamed in his quest to enforce stability and security in the country.

On Wednesday the 55-year-old former premier, whose hails from the Darod clan and who goes by the nickname “Farmajo”, won after incumbent president Hassan Sheikh Mohamud admitted defeat in a second round of voting by lawmakers.