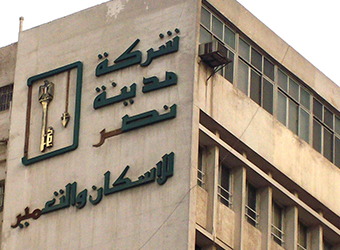 Speaking to Daily News Egypt, Haytami added that the sales increased during the first quarter of this year, compared with sales during the fourth quarter the year earlier.

The expected collections of the company in 2017 are estimated at 1.4 billion pounds, compared to 84 million pounds in 2011, he said.

He said that MNHD plans to develop a new commercial zone on a space of 600,000 square metres in Taj City New Cairo, in the framework of the company’s efforts to diversify the structure of the company’s revenues with investments worth 15,000 pounds for each square metre.

The building works will begin next year, while the studies of the project would be completed within six months.

Moreover, Haytami clarified his company has launched the second phase of Sarai New Cairo on 21 February 2016, with 50 percent-increase, against the first phase.

He noted that all the units, which reached 787, have been sold, while the prior deposits registered 1.8 billion pounds, marking the highest bookings achieved by the MNHD within one month since its founding.

Haytami revealed that, in cooperation with CI Capital, the registration of international certificates of deposit in the London Stock Exchange will be completed within six weeks.

He added, in a conference held by the company on Wednesday, that the company has achieved a strong growth in sales in recent years, despite the economic crisis experienced in Egypt.

Haytami the Egyptian company targets delivering 500 units from Taj City in New Cairo in 2017, while it has already delivered 700 units over recent periods.

The general assembly of the company approved dividends of 0.30 pounds for each share, along with bonus shares, as well as the annual financial statements of the company.

Egypt looks for opportunities during Sisi visit to US