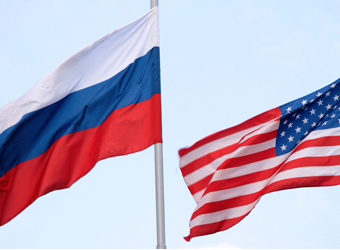 Diplomatic relations between America and Russia have deteriorated to such an extent that contacts between the two countries have become extremely paranoid of one another, the chief executive of Russia’s largest bank has told CNBC on Friday.

“From what we see here in Russia and from the programs we see from the U.S., the unfolding situation is fairly complex. And there are certain signs of a certain… paranoid attitude to Russia and to every single contact with Russia real or imagined,” Herman Gref, Sberbank CEO, said via a translator.

The White House has been enveloped in political turmoil since last week, after President Donald Trump fired James Comey, then director of the FBI, as it investigated possible ties between the Trump campaign team and the Kremlin.

U.S. intelligence agencies believe Moscow tried to advance the likelihood of a Trump victory in November’s presidential election. At a news conference on Thursday, Trump again denied any collusion with Russian contacts during his election campaign.

When asked whether Gref harbored any concerns about the consequences of having met with Trump in the past, he replied, “I think the situation has become extremely paranoid for one to suspect that these sort of contacts could lead to political consequences.”

Speaking in January at the World Economic Forum in Davos, Sberbank’s CEO had predicted the Trump administration could re-establish close ties with the Kremlin and expressed his hope the newly-elected U.S. president could mark a “new beginning” for the two countries.

On Friday, Gref suggested it was still too early to judge the success of Trump’s presidency however conceded that, for the time-being at least, relations between American and Russia were unlikely to change for the better.

Moscow is currently enduring the sharp end of tough international sanctions from Washington as a result of its annexation of Crimea and alleged part in the destabilization of eastern Ukraine.

“Well, I have to say that this has had an effect on us in the last two years… The inability to access international markets is painful for us,” Gref said.

“You know, sanctions were put in place for political reasons and most likely their removal will also be motivated by politics… To some extent (it) is a kind of deadlock which has resulted in us to predicate our three-year strategy towards a more negative scenario that does not foresee an end to the sanctions,” he added.