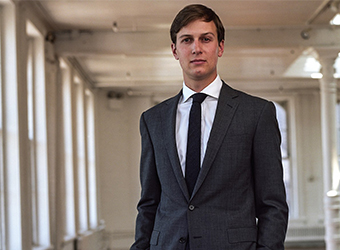 U.S. President Trump’s son-in-law Jared Kushner personally asked the chief executive of Lockheed Martin to lower the price of a radar system so Saudi Arabia could afford to include it in an arms deal, The New York Times reported.

Trump is set to use his Saudi Arabia trip this weekend to announce one of the largest arms sales deals in U.S. history, estimated to be upwards of $100 billion. The radar system, designed to shoot down ballistic missiles, would be added to the list of Saudi requests that also includes U.S. built planes, ships and precision-guided bombs.

A number of U.S. officials said that during negotiations in early May, Kushner sensed that the cost of the radar system could be a problem for the Saudis and immediately called the chief executive of Lockheed Martin, Marillyn A. Hewson, to ask if a deal could be done, the newspaper reported late Thursday. Officials said Hewson responded by saying she would look in to it, the report also said.

Lockheed Martin said they had no comment to make. The U.S. government had yet to reply when contacted by CNBC.

Instagram most likely to cause youth to feel depressed and lonely out of major social apps: study