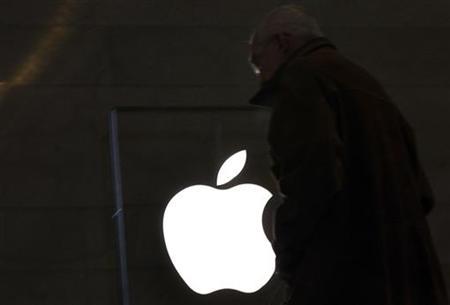 The move came after regulators on both sides of the Atlantic said they would intervene to prevent companies from gouging rivals when they license patents essential to ensuring different communications devices work together.

“On February 17, 2012, the company received a letter from the European Commission notifying it that the Commission has received a complaint against Motorola Mobility, Inc. by Apple, Inc. regarding the enforcement of MMI’s standards-essential patents against Apple allegedly in breach of MMI’s FRAND (fair and reasonable) commitments,” Motorola Mobility said in a regulatory filing on Friday.

“Apple’s complaint seeks the Commission’s intervention with respect to standards-essential patents,” it said.

Motorola Mobility, which won a preliminary injunction against Apple in Germany in December last year, accused the iPhone maker of infringing its technology patents in a Florida court last month.

Last week Google secured EU and U.S. approval to acquire Motorola Mobility for its portfolio of patents. The deal still needs clearance from regulators in China, Taiwan and Israel.

Facebook’s Timeline: A catalog of nothing