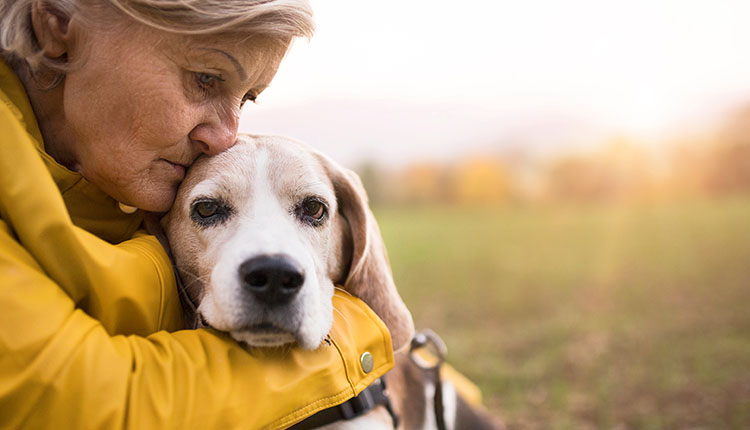 When people who have never had a dog see their dog-owning friends mourn the loss of a pet, they probably think it’s all a bit of an overreaction; after all, it’s “just a dog.”

However, those who have loved a dog know the truth: Your own pet is never “just a dog.”

Many times, I’ve had friends guiltily confide to me that they grieved more over the loss of a dog than over the loss of friends or relatives. Research has confirmed that for most people, the loss of a dog is, in almost every way, comparable to the loss of a human loved one. Unfortunately, there’s little in our cultural playbook—no grief rituals, no obituary in the local newspaper, no religious service—to help us get through the loss of a pet, which can make us feel more than a bit embarrassed to show too much public grief over our dead dogs.

Perhaps if people realized just how strong and intense the bond is between people and their dogs, such grief would become more widely accepted. This would greatly help dog owners to integrate the death into their lives and help them move forward.

What is it about dogs, exactly, that make humans bond so closely with them?

Our strong attachment to dogs was subtly revealed in a recent study of “misnaming.” Misnaming happens when you call someone by the wrong name, like when parents mistakenly calls one of their kids by a sibling’s name. It turns out that the name of the family dog also gets confused with human family members, indicating that the dog’s name is being pulled from the same cognitive pool that contains other members of the family. (Curiously, the same thing rarely happens with cat names.)

It’s no wonder dog owners miss them so much when they’re gone.

Psychologist Julie Axelrod has pointed out that the loss of a dog is so painful because owners aren’t just losing the pet. It could mean the loss of a source of unconditional love, a primary companion who provides security and comfort, and maybe even a protégé that’s been mentored like a child.

The loss of a dog can also seriously disrupt an owner’s daily routine more profoundly than the loss of most friends and relatives. For owners, their daily schedules—even their vacation plans—can revolve around the needs of their pets. Changes in lifestyle and routine are some of the primary sources of stress.

According to a recent survey, many bereaved pet owners will even mistakenly interpret ambiguous sights and sounds as the movements, pants and whimpers of the deceased pet. This is most likely to happen shortly after the death of the pet, especially among owners who had very high levels of attachment to their pets.

While the death of a dog is horrible, dog owners have become so accustomed to the reassuring and nonjudgmental presence of their canine companions that, more often than not, they’ll eventually get a new one.