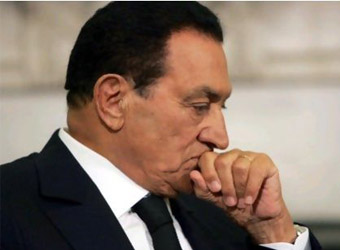 North Cairo Criminal Court has adjourned on Saturday the retrial of the deposed autocrat Hosni Mubarak, his two sons,  former Interior Minister Habib El-Adly, and a number of El-Adly’s aides, to 19 October.

The three sessions will not be aired for national security reasons.

This is the seventh session in the retrial, which was ordered in January 2013.

The 85 year-old deposed president and El-Adly received life sentences in June 2012 for political responsibility for the killing of peaceful protesters during the January 2011 uprising that eventually led to his ouster.

Earlier verdicts were overturned in January 2013 by an appeal court on grounds of procedural improprieties.

US Dollar Further Falls for Second Week against Egypt Pound