Nasdaq falls for fourth day in row, posts worst start to September since 2008 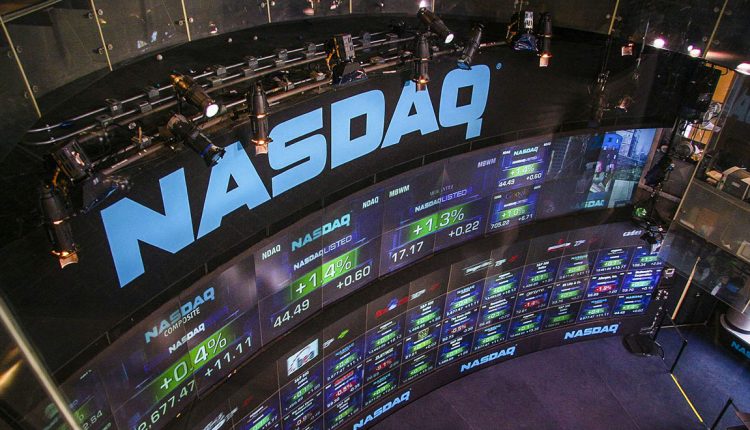 Stocks fell on Friday, capping off a volatile week for investors as rising trade fears and a tech sell-off led to broad weekly losses.

The Nasdaq Composite fell 0.3 percent to 7,902.54, led by declines in Apple, Amazon and Alphabet. The tech-heavy index posted its fourth straight loss — its first since April — and is worst start to September since 2008.

The S&P 500 pulled back 0.2 percent to close at 2,871.68 as utilities and real estate both dropped more than 1 percent. The index also posted its first negative week in five.

For the week, the Nasdaq dropped 2.6 percent, while the S&P 500 and Dow declined 1 percent and 0.2 percent, respectively.

President Donald Trump, speaking from Air Force One, said Friday the U.S. is ready to slap tariffs on an additional $267 billion worth in Chinese goods. His remarks come after a deadline for comments regarding tariffs on another $200 billion in Chinese goods had passed last night.

“The $200 billion we’re talking about could take place very soon, depending on what happens with them,” Trump said. “I hate to say this, but behind that, there’s another $267 billion ready to go on short notice if I want.”

They also come after the Wall Street Journal reported, citing U.S. officials, that the possibility of the U.S. and China reaching a trade deal are fading as the Trump administration tries to revamp the North America Free Trade Agreement (NAFTA). Meanwhile, Bloomberg News reports that the U.S. and Canada will likely end the week with no trade deal in place.

“There are lots of uncertainties in the market right now,” said Komal Sri-Kumar, president of Sri-Kumar Global Strategies. The U.S. has been largely resilient, but “there are significant storm clouds that are gathering.”

Trump also said the U.S. would be starting trade negotiations with Japan, noting: “If we don’t make a deal with Japan, Japan knows it’s a big deal.”

The Japanese yen clawed back to recover some losses against the dollar; it was last down 0.2 percent at 110.98 per dollar.

“To me this adds insult onto a technology sector that’s already been shaky,” said Jim Paulsen, chief investment strategist at The Leuthold Group. “It’s something that everyone owns. It’s been leading the stock market for the last three years and it’s going to make you think through the weekend is that’s ending.”

Investors grappled with a sharp decline in tech stocks this week, this year’s best-performing sector. Tech fell nearly 3 percent as Wall Street fretted over potential regulation for companies in the sector, especially social media giants like Twitter and Facebook. Their shares fell 13.3 percent and 7.2 percent this week, respectively, after top executives for the top two companies testified before Congress on how to stop online abuse and election meddling.

The Justice Department said Attorney General Jeff Sessions will meet with state attorneys general later in September to discuss worries surrounding tech companies that “may be hurting competition and intentionally stifling the free exchange of ideas on their platforms.”

Wall Street was also under pressure after strong wage data stoked fears of tighter monetary policy in the U.S. Average hourly earnings rose 2.9 percent for the month on an annualized basis, marking the largest jump since 2009. The U.S. economy added 201,000 jobs in August, more than the expected increase of 191,000.

Treasury yields jumped to their highs of the session following the jobs report release, while the dollar also rose. The Fed has already raised rates twice this year and is largely expected to hike two more times before year-end.

“This does give more support to the folks looking for December rate hike,” said JJ Kinahan, chief market strategist at TD Ameritrade. But “we continue to see strength where we need to see it,” and that’s good for the market.

Boston Fed President Eric Rosengren told CNBC earlier on Friday that gradual rate hikes are appropriate should the economy continue to do well. “If things work out well for the economy, and that’s what I expect and hope, then we’ll be in a situation where we need to have somewhat restrictive policy over time,” he said.

“The data is becoming even more important than ever now as the market tries to decide whether the Fed will raise a fourth time this year in December or take a pause,” said Chris Zaccarelli, chief investment officer at Independent Advisor Alliance. “I would continue to be cautious as we head into the fall and be wary of trade concerns and increased equity volatility.”

The Cboe Volatility index (VIX), widely considered the best gauge of fear in the market, rose 1.6 percent on Friday and 15.8 percent this week.

Tesla shares fell as much as 9 percent after Dave Morton, the company’s chief accounting officer, resigned from his post. Morton said in a statement he left because of “the level of public attention placed on the company.”

Apple: Trump’s China tariffs are going to hurt the company