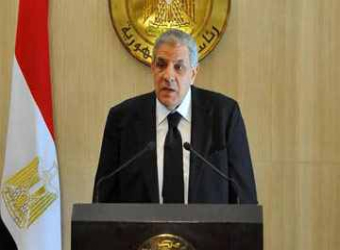 Egypt’s new prime minister has urged a halt to all protests and strikes to give the nation a breather to rebuild after more than three years of deadly turmoil.

Ibrahim Mehleb made his appeal in an address televised live on Sunday, his first full day on the job after he and members of his Cabinet were sworn in on the previous day.

Mehleb was named prime minister last week following the surprise resignation of his predecessor, Hazem el-Beblawi, after seven months in office. The former government faced a wave of strikes and protests that officials said undercut the economy.

“The time for work and productivity has come and no voice must be louder than the voice of construction and development,” said Mehleb, a former housing minister and a construction executive.