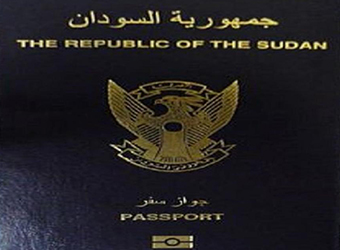 Sudan’s foreign ministry said on Monday that its decision requiring Egyptian men between 18 and 50 to obtain entry visas to travel to Sudan is aimed at preventing terrorists from infiltrating the country.

Egyptian women are still allowed to enter without visas.

“The decision to impose visas for Egyptians was taken after consultations between the two countries,” Sudanese foreign minister Ibrahim Ghandour told reporters.

“It aims to ensure organised entry of citizens in both countries and to prevent terrorist elements from entering.”

On Friday, Sudan’s ambassador to Cairo told Ahram Online that imposing the visa was part of “technical procedures that are regularly revised.”

He added that the visa, which can be obtained from Sudanese embassies and consulates, would be free of charge.

While Egyptians could previously enter Sudan without a visa under a deal signed between the two countries in 2004, Sudanese nationals had to obtain visas before entering Egypt.

Sudanese media reports say Khartoum’s decision may have been taken after the arrests of several Arab nationals over a blast in an apartment in the capital in February.

One man was wounded in the blast while assembling explosives in the apartment.

However, Egyptian media outlets have suggested that there are tensions between the two neighbouring countries.

Last month, several media outlets in Egypt and Sudan engaged in a sparring match after Sudan’s media minister said that his country’s civilisation is older than that of Egypt.

Media figures also argued over the Halayeb Triangle border region, which comprises three cities and is under Egyptian authority.

The area has been a source of tension for decades, with rows occasionally erupting over which country has the right to manage the area’s natural resources.