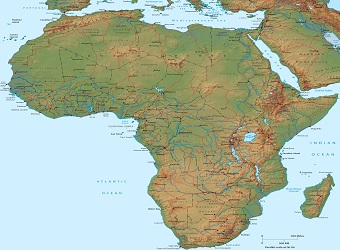 A Nigerian militant group, which has claimed a wave of attacks on oil pipelines in the Niger Delta, said on Friday that it had asked its fighters to prepare to fight the “enemy” as authorities were not ready for dialogue.

The Niger Delta Avengers had declared a ceasefire last year after staging major attacks on oil facilities crippling the OPEC member’s oil output in a fight for more oil revenues to give dialogue with authorities a chance.

The government has been holding talks for more than six months with Niger Delta leaders to address grievances of poverty and oil pollution in the southern region but former militants have complained that no progress has been made.

“It has been evidently clear that the Nigerian state is not ready for any form of dialogue and negotiation,” the Niger Delta Avengers said in a statement posted on their website.

“All fighters and commands are hereby placed on high readiness in your webs of operations to hit and knock the enemy very hard,” the group said.

It declared the start of an “Operations Walls of Jericho and Hurricane Joshua … to reclaim our motherland” but did not say whether this meant an end of the ceasefire or gave any details.

The Avengers, like other militant groups, has split into different factions, which struggle to control their fighters, unemployed young men who work for anybody who pays them.

Another former militant group, the Movement for the Emancipation of the Niger Delta (MEND), which had agreed to lay down arms in 2009, had said a week ago it had lost trust in the government to bring peace to the region.

Those behind the pipeline attacks, which began in early 2016, say they want a greater share of Nigeria’s energy wealth to go to the southern region. The frequency of attacks has diminished since President Muhammadu Buhari held talks with community leaders but there are sporadic attacks, most recently in late November.

The attacks cut Nigeria’s oil production, which stood at 2.1 million barrels per day (bpd) at the start of 2016, by more than a third in the summer although the oil minister said in December pipeline repairs lifted output to nearly 1.8 million bpd.