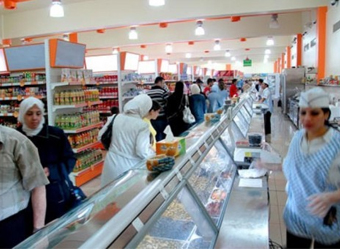 Nile Consumer Complexes Company – an affiliate of Egypt’s Holding Company for Food Industries- is set to inaugurate two new branches in Shobra and Ramsis on Thursday, January 19. The new branches would be inaugurated in the attendance of Supply Minister Mohamed Ali El-Sheikh.

Speaking to Amwal Al Ghad, Chairman Adel El Khatib added that the investment cost of the new branches is estimated at 750,000 pounds.

Shobra branch is built on a space of around 200 metres while Ramsis branch is established on an area of 400 metres, the chairman pointed out, adding that both branches would be supplied with all commodities to be sold with affordable prices.

On the other hand, Nile company pumps 120 tonnes of sugar daily in consumer complexes to be provided for citizens at the price of 7 pounds, the chairman clarified.