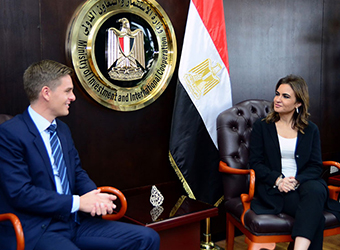 Morten Langsholdt, Regional Director of Scatec Solar, said his company and along with a number of investors, the International Finance Corporation (IFC), and the European Bank for Reconstruction and Development (EBRD) intend to invest the new investments in Egypt under the solar FIT programme.

The Norwegian company is expected to inject $500 million in Egypt next October, according to Langsholdt, who said that 40 solar power plants would be established in Upper Egypt’s Benban village.

The solar plants are to be completed in Aswan by 2018 with a capacity of 1,800 megawatts, the Scatec Solar official further said during a Cairo meeting on Sunday with Egyptian Minister of Investment and International Cooperation Sahar Nasr.

Egypt plans to increase its use of renewable energy to 22 percent by 2020, Minister Nasr told Langsholdt during the meeting.

European Bank for Reconstruction and Development (EBRD) is leading a consortium of banks that is expected to support the six projects with a total debt of up to $350 million.