Obama plane diverted from Palm Springs because of weather 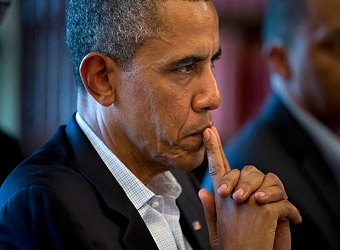 Barack Obama’s got nothing but time these days, but he probably didn’t plan to spend it in a holding pattern.

Obama was forced to delay the start of his post-presidential life Friday after unusually bad weather in Southern California prevented the newly minted federal retiree and his family from landing at Palm Springs International Airport.

Instead, the Obamas touched down at March Air Reserve Base in Riverside, about 50 miles west of Palm Springs. They landed about 5:45 p.m. local time (8:45 p.m. ET), more than an hour after their planned landing time in Palm Springs.

After arriving in Palm Springs, the plane spent more than 30 minutes in a holding pattern before a decision was made to land elsewhere.

A small crowd had gathered at the Palm Springs airport under umbrellas to welcome them. They went home disappointed.