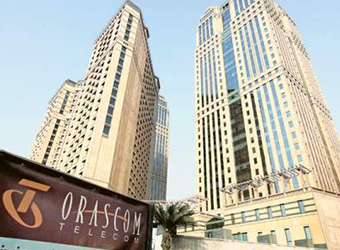 OTMT further said that it had withdrawn from the first stage of Egypt’s feed-in projects and had not applied for the second.

The company added that its feasibility study for the project did not come in line with the expected revenues.

Egyptian tycoon Naguib Sawiris has submitted his resignation earlier this month from his position as chief executive of OTMT effective 1 January, 2017. The OTMT Group operates in the fields of energy, transport and logistics, and telecom infrastructure in Egypt and other countries in the Middle East and Africa, as well as in Asian countries.

The feed-in tariff for renewables is a mechanism where the Egyptian Electricity Transmission Company (EETC) and distribution company (Discos) are committed to purchase the electricity produced by renewables power plants with a pre-declared price. This price would achieve an attractive rate of return for the investor through long life-time power purchase agreements. The feed-in tariff differs according to the used technology, power plant’s installed capacity and its location.

Egypt originally announced the scheme in 2014, with a goal of attracting international investment and foreign financing for solar and wind projects within the country. It set an initial target of 4.3 GW of renewable energy projects to help the country on its way to meet its aim of having renewables make up 20 percent of its energy mix by 2020.