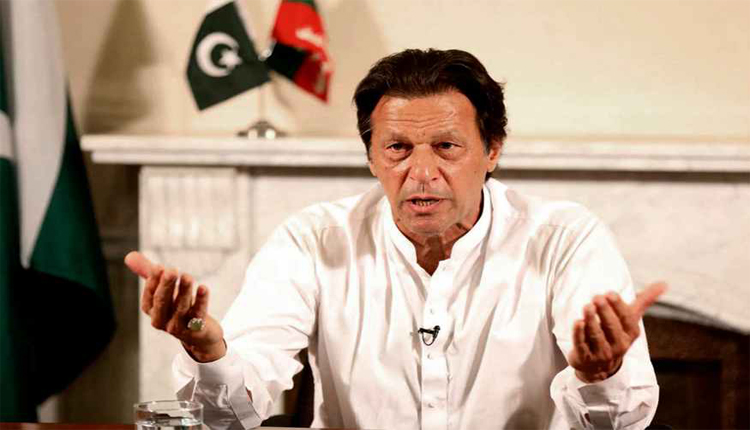 Prime Minister Imran Khan said Pakistan still plans to seek a bailout from the International Monetary Fund (IMF) despite a Saudi Arabian offer of a $6 billion rescue package, and is in talks with two other “friendly nations” for more loans.

Khan secured the Saudi package at a high-profile investment conference in Riyadh that has been boycotted by several other leaders over the killing of a prominent Saudi journalist inside the country’s consulate in Istanbul.

In the short-term the Saudi loans will give the economy breathing room but not be enough to fully avert a brewing balance of payments crisis, analysts said.

Khan said on Wednesday Pakistan would proceed with talks with the IMF on the country’s second IMF bailout request since 2013 – and Pakistan’s 13th rescue package from the multilateral lender since the late 1980s.

Without naming the countries, Khan said Pakistan was also touch with two other “friendly nations” for loans so Islamabad would minimize borrowing from the IMF, which he said would be “harmful” to the Pakistani public.

“Because when the IMF gives you more loans, they apply more strict conditions, which causes more pain to the public. It brings inflation,” Khan said in a televised broadcast.

He is due to travel to China in the first week of November, where he is expected to seek further assistance from its closest ally. Beijing has pledged about $60 billion in infrastructure spending inside Pakistan under its Belt and Road initiative.

On Tuesday, Pakistan said Saudi Arabia had agreed to provide $3 billion in foreign currency support for a year and a further loan worth up to $3 billion in deferred payments for oil imports to help stave off a current account crisis.

Pakistan’s foreign reserves have plunged by 42 percent since the start of the year and now stand at about $8 billion, or less than two months of import cover.

Finance ministry spokesman Noor Ahmed said the Saudi loans would strengthen Pakistan’s negotiating hand in talks with the IMF, which is likely to push Pakistan to implement painful structural reforms linked to the currency, energy sector and other areas where Pakistan’s global competitiveness has lagged.

Europe hit by steel import surge as a result of U.S. tariffs