Planning the development of Riyadh 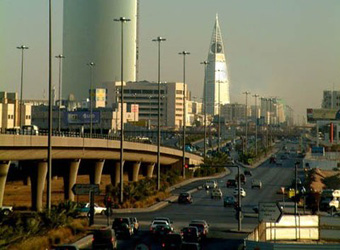 Prince Sattam, chairman of the Higher Commission for the Development of Riyadh (HCDR), chaired a meeting Tuesday with the higher executive committee of projects for planning at the commission in Riyadh.

Ibrahim bin Mohammad Al-Sultan, chief of the center of projects and planning at the HCDR, said the meeting discussed many topics, such as the development plan for Riyadh.

The meeting also discussed the procedures taken to face the phenomena of slums in Riyadh, and awarding contracts for work on some roads in the capital like King Abdullah West Road, intersection tunnel of Makkah Road with Salahuddin Road and the intersection of the eastern circular road with Urobah Road.

This plan aims to raise the level of services in Riyadh and establish a reference point for any development in the city. The commission finished the preparation of this plan with the support of 15 government departments. The plan studied current situations in Riyadh and ways for future work. The plan estimated the future needs regarding public services in the city.

The meeting decided to form an executive committee comprising representatives from 11 government departments for the Urban Observatory in Riyadh.

The plan studied prospects for developing the 205 sq km northern suburbs of Riyadh. This development plan for the suburb includes road networks, housing and park schemes.

It includes the establishment of the Prince Salman Park beside the Prince Sultan bin Abdul Aziz Humanitarian City, and the “Durrat ArRiyadh” project, covering an area of 10 sq km. The Ministry of Housing has prepared studies and designs for the housing project in the western side of King Khalid Airport that will provide 7,130 homes on the land owned by the airport.