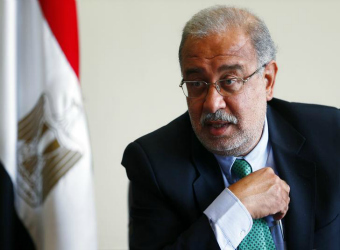 Ismail expressed his deep condolences for the victims’ families and wished a speedy recovery to the injured.

The Prime Minister arrived Sunday at the Coptic Cathedral with ministers of  Interior, Social Solidarity, Health, Local Development, and Higher Education in order to inspect the crime scene. Minister of Interior, Magdy Abdel Ghaffar gave orders for  prosecution team to look for any evidence that might help lead to the identity of the perpetrators of the terror attack and inspect the scene.

At least 25 people were reported killed and 31 injured after an explosion near the Coptic Cathedral in Cairo’s Abbassyia district early Sunday morning, Minister of Health, Ahmed Emad said.

The explosion took place in the small church of St Peter and St Paul (El-Botroseya), attached to the Coptic Cathedral.

The injured have been transferred to Dar El-Shefaa and Ain Shams University Hospital.