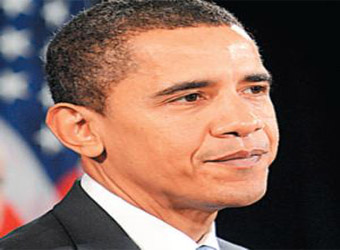 The White House’s aggressive push for Congressional approval of an attack on Syria appeared to have won the tentative support of one of President Obama’s most hawkish critics, Senator John McCain, who said Monday that he would back a limited strike if the president did more to arm the Syrian rebels and the attack was punishing enough to weaken the Syrian military.

In an hourlong meeting at the White House, said Mr. McCain, Republican of Arizona, Mr. Obama gave general support to doing more for the Syrian rebels, although no specifics were agreed upon. Officials said that in the same conversation, which included Senator Lindsey Graham, the South Carolina Republican, Mr. Obama indicated that a covert effort by the United States to arm and train Syrian rebels was beginning to yield results: the first 50-man cell of fighters, who have been trained by the C.I.A., was beginning to sneak into Syria.

There appeared to be broad agreement with the president, Mr. McCain and Mr. Graham said, that any attack on Syria should be to “degrade” the Syrian government’s delivery systems. Such a strike could include aircraft, artillery and the kind of rockets that the Obama administration says the forces of President Bashar al-Assad used to carry out an Aug. 21 sarin attack in the Damascus suburbs that killed more than 1,400 people.

The senators said they planned to meet with Susan E. Rice, Mr. Obama’s national security adviser, to discuss the strategy in greater depth.

“It is all in the details, but I left the meeting feeling better than I felt before about what happens the day after and that the purpose of the attack is going to be a little more robust than I thought,” Mr. Graham said in an interview.

But Mr. McCain said in an interview that Mr. Obama did not say specifically what weapons might be provided to the opposition or discuss in detail what Syrian targets might be attacked.

In remarks to reporters outside the West Wing, he called the meeting “encouraging,” urged lawmakers to support Mr. Obama in his plan for military action in Syria and said a no vote in Congress would be “catastrophic” for the United States and its credibility in the world. Mr. McCain said he believed after his conversation with the president that any strikes would be “very serious” and not “cosmetic.”

Although the words from Mr. McCain and Mr. Graham were a positive development for Mr. Obama and a critical part of the administration’s lobbying blitz on Syria on Monday, the White House still faces a tough fight in Congress. Many lawmakers entirely oppose a strike, and others favor a resolution that would provide for more limited military action than what is in a draft resolution that the White House has sent to Capitol Hill. The conflict of opinion underscores Mr. Obama’s challenge in winning votes in the House and Senate next week and avoiding personal defeat.

A Labor Day conference call with five of Mr. Obama’s highest-ranking security advisers drew 127 House Democrats, nearly two-thirds their total number, after 83 lawmakers of both parties attended a classified briefing on Sunday. Pertinent committees are returning to Washington early from a Congressional recess for hearings this week, starting Tuesday with the Senate Foreign Relations Committee, which will hear from Secretary of State John Kerry, Defense Secretary Chuck Hagel and Gen. Martin E. Dempsey, the chairman of the Joint Chiefs of Staff.

“The debate is shifting away from ‘Did he use chemical weapons?’ to ‘What should be done about it?’ ” said Representative Adam B. Schiff, a California Democrat on the House Intelligence Committee, in an interview after the Monday conference call.

The push in Washington came as reaction continued around the world to the president’s abrupt decision over the weekend to change course and postpone a military strike to seek authorization from Congress first.

In France, the only nation to offer vigorous support for an American attack, there were rising calls for a parliamentary vote like the one last week in Britain, where lawmakers jolted the White House with a rejection of a British military attack. But the French government, in an effort to bolster its case, released a declassified summary of French intelligence that it said ties Mr. Assad’s government to the use of chemical weapons on Aug. 21.

In Russia, Foreign Minister Sergey V. Lavrov dismissed as unconvincing the evidence presented by Mr. Kerry of chemical weapons use by the Syrian government. “We were shown certain pieces of evidence that did not contain anything concrete, neither geographical locations, nor names, nor evidence that samples had been taken by professionals,” Mr. Lavrov said in a speech at the Moscow State Institute of International Relations.

In Israel, President Shimon Peres offered strong support for Mr. Obama’s decision to seek the backing of Congress, saying he had faith in the president’s “moral and operational” position. “I recommend patience,” Mr. Peres said in an interview on Army Radio. “I am confident that the United States will respond appropriately to Syria.”

In Washington, the White House’s “flood the zone” effort, as one official called it, will continue. Classified briefings will be held for all House members and senators on Tuesday, Thursday and Friday.

On Tuesday, Mr. Obama has invited the Republican and Democratic leaders of the House and Senate defense, foreign affairs and intelligence committees to the White House. But that night, he will depart on a long-planned foreign trip, first to Sweden and then to Russia for the annual Group of 20 summit meeting of major industrialized and developing nations, a forum that is sure to be dominated by talk of Syria, and bring Mr. Obama face to face with Mr. Assad’s chief ally and arms supplier, President Vladimir V. Putin of Russia.

House Democrats on the conference call with administration officials, which lasted 70 minutes, said Mr. Kerry, who has been the most aggressive and public prosecutor for military action, took the lead. Democrats said he had portrayed not only the horrors of chemical weapons inflicted on Syrian civilians in the Aug. 21 attacks outside Damascus, but also the potential threat, if left unanswered, that such weapons posed to regional allies like Israel, Jordan and Turkey.

Mr. Kerry argued that inaction could embolden Iran or nonstate terrorists to strike those allies, and further encourage Iran and North Korea to press ahead with their nuclear programs.

“One of the important propositions that Kerry put to members was, are you willing to live with the consequences of doing nothing?” said Representative Gerald E. Connolly, a Virginia Democrat.

The secretary of state addressed lawmakers’ concern that the United States should have international support. “The United States will not go it alone,” he said at one point, according to a senior Democrat who declined to be identified. Offers of “military assets” have come from France, Saudi Arabia, Turkey and the United Arab Emirates, he said, without identifying the assets, and more are expected.

In the week since the Obama administration began moving toward a military strike on the Assad government, Mr. Kerry said, the Syrian military has had about 100 defections, including 80 officers.

General Dempsey reviewed the range of possible targets and how the Pentagon is planning strikes that would minimize risk to civilians. Despite reports that Syrian commanders were moving troops and equipment into civilian neighborhoods, General Dempsey told lawmakers, as he had assured Mr. Obama, that delaying military action would not weaken the effectiveness of any military attack. He suggested that military officials would adjust their targets to address changes on the ground.

The general acknowledged that the United States could not prevent the Assad government from using chemical weapons again, but said the military had “additional options” should a first missile strike not deter a retaliatory strike by Mr. Assad, including in defense of critical allies, presumably Israel, Jordan and Turkey. That possibility, however, describes just the escalating conflict some opponents fear.

“My constituents are skeptical that a limited effort will not mushroom into a full-blown boots on the ground,” said Representative Elijah E. Cummings, a Maryland Democrat.

Mr. McCain, who has been arguing for two years that the United States should support a moderate Syrian opposition, said he strongly urged the president on Monday to provide anti-tank and antiaircraft systems to the opposition and to attack the Syrian Air Force.

Mr. Obama indicated that “he favorably viewed the degrading of Bashar al-Assad’s capabilities as well as upgrading the Free Syrian Army,” Mr. McCain said in an interview.