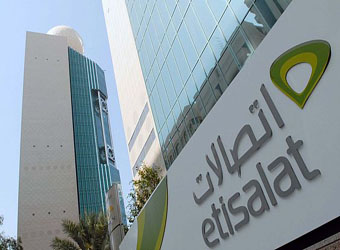 Prime Pharma, a member of Pharco Corporation Group, announced Wednesday it has entered partnership with Etisalat Misr with the aim of fighting hepatitis c virus (hcv) in Egypt.

Upon this agreement, the telecom company is going to treat 1200 HCV patients at its own expense. Etisalat Misr will also participate in Prime Pharma’s Tour n’ Cure global medical campaign.

Commenting on this partnership, Wagih said that it aims to combat the spread of the disease as well as to revive tourism in Egypt and he invited all entrepreneurs and business owners to cooperate on revitalising Egyptian economy.

He added that Etisalat Misr participates in the Tour n’ Cure campaign as a platinum sponsor asserting that his company was among the first supporters of this campaign.

For his part, Gamal El-Sadat said that this comes as part of Etisalat Misr’s social responsibilities towards the community especially in health sector. He also called for all concerned parties to support the Tour n’ Cure campaign.

Sherine Helmy said that 2017 will be a key year for the medical sector to reap gains of major efforts exerted; while Hazem Metwally confirmed that this partnership will further cover other objectives including lessening the burden on the needy people and provide support to HCV patients in Egypt.

Tour n’ Cure has also partnered with a selection of state of the art hospitals, such as the Egyptian Air Force Hospital and the Sharm El Sheikh International Hospital to provide patients with top-notch medical services as well as organise trips to Egypt’s most beautiful touristic destinations.

Egypt has gained global recognition for fighting the disease, with the World Health Organisation celebrating World Hepatitis C. Day in Cairo in 2015.

Egyptian Steel inaugurates the 11th village of its reconstruction initiative