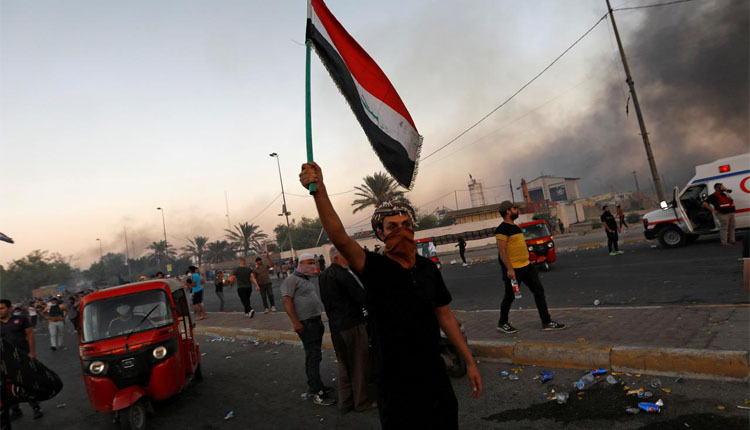 Protesters demanding the removal of the government and a political class they view as corrupt have clashed with Iraqi security forces, mainly in the capital of Baghdad and the south.

Tuesday’s 13-point plan issued by Prime Minister Adel Abdul Mahdi centers on subsidies and housing for the poor, as well as training and educational initiatives for unemployed youth.

Following a cabinet meeting, the prime minister posted his reforms on social media, although most Iraqis have been cut off from the internet and social media for several days.

Protests resumed on Monday night in Baghdad’s Sadr City district, with at least one of the security forces killed, although much of Iraq appeared quieter than it has been for a week, as politicians sought a way to end the uprising.

Police carried recent photographs of protesters to identify and arrest them. Iraq’s semi-official high commission for human rights said about 500 people had been released from the 800 detained last week.

Iraq’s military said on Tuesday one member of an Interior Ministry force was killed and four wounded when they came under fire from unknown assailants in Sadr City, where 15 people died the previous night in riots.

The two officials spoke recently, it said in a statement, but did not mention the date.

The violence has been the worst in Iraq since it put down an insurgency by the Sunni Muslim Islamic State group nearly two years ago, and the biggest test for Abdul Mahdi, in office for a year.

The spread of the violence to Sadr City this week could heighten the security challenge. Unrest has historically been hard to put down in the district, home to about a third of Baghdad’s 8 million people, with little electricity or water and few jobs.

Protesters set fire to tires outside the municipal council building and courthouse in Mudhaffar Square, police said, adding that gunfire that targeted the security forces came from a crowd of protesters.

Demonstrators say they have come under attack from members of the security forces using live ammunition. Reuters journalists have witnessed protesters being killed and wounded by snipers firing from rooftops into crowds.

Iraq’s military on Tuesday called back into service those officers and soldiers dismissed on suspicions they abandoned cities and towns to an Islamic State onslaught in 2014.

Parliament, which on Tuesday held its first session since the crisis began, discussed the move and reform plans aimed at pacifying protesters.