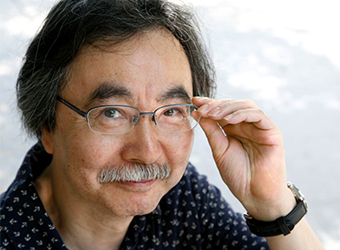 One of Japan’s best-known manga artists, Jiro Taniguchi, has died at the age of 69, his publisher has announced.

Taniguchi, who was known for his elegant line drawings and intricately-constructed landscapes, died on Saturday.

His art earned him an international following and some of his work was made into a television series.

His death was announced by Casterman, his publisher in France, where his work was particularly popular.

“Casterman must sadly announce the death of Jiro Taniguchi on 11 February,” the company said on its website, expressing deep condolences to his family.

Taniguchi was widely praised for the gentle manner in which he approached subjects that were often unique for Japan’s manga consumers.

His works such as The Walking Man, The Summit of the Gods and The Magic Mountain, stood apart in a genre sometimes seen as rooted in extreme violence and pornography.

In The Walking Man, the protagonist of the story simply wanders around fascinated with aspects of everyday life.

Taniguchi was “extraordinarily kind and gentle,” Casterman said in a statement.

“The humanism that imbued all his work is familiar to his readers, but the man himself was much less well-known, naturally reserved in character and more inclined to let his work speak on his behalf,” the publisher added.

In an interview with the AFP news agency in 2012, Taniguchi explained why his art was painstakingly hand-drawn.

“I do not use a computer because I do not know how, I don’t have that skill,” he said.

He was also surprised at his popularity in the West.

“I don’t know why I am also known outside Japan. Perhaps it is because my work is similar to Western comics, which I’ve followed for 30 years and they have influenced my subconscious,” he said.

Taniguchi’s detailed landscapes filled with cartoon characters drew comparisons in the West with European comic heroes such as Tintin.

Born in 1947 in the city of Tottori, Taniguchi had his first cartoon published in 1970.

Many years later his graphic art took off in France and in 2015 his work was featured at the annual Angouleme international comics festival.

Trump to bring down wall price on Mexico’s border