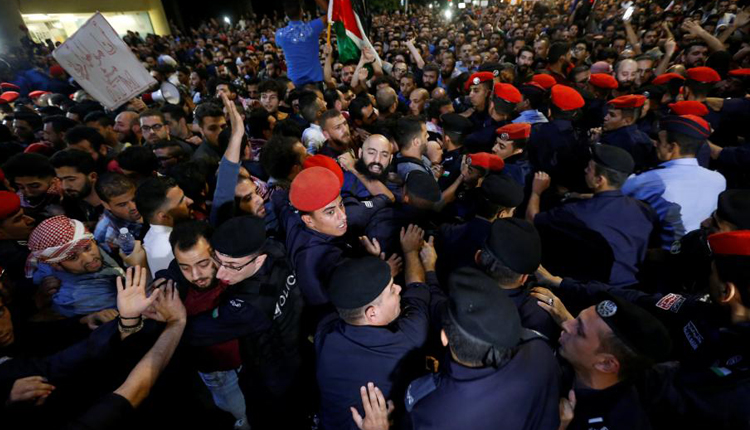 Qatar has extended a $500 mln aid package to Jordan that includes investments, project finance and job opportunities for Jordanians, an official source in Amman said on Wednesday.

Two days ago, Qatar’s Gulf neighbours Saudi Arabia and the United Arab Emirates – with which it is embroiled in a diplomatic row – and Kuwait pledged $2.5 billion to help Jordan.

The kingdom’s cash-strapped economy has been hit by regional turmoil and IMF-driven austerity measures triggered a wave of protests over price hikes and subsidy cuts this month that brought down the government.

Jordan’s economy has struggled to grow in the last few years under chronic deficits as private foreign capital and aid flows have slipped.

The Qatari package includes opening 10,000 jobs for Jordanians in the wealthy Gulf state alongside project finance and job-generating investments in the kingdom, the source said.

The UAE and Saudi Arabia, together with Bahrain and Egypt, imposed a boycott on Qatar in June 2017, severing diplomatic and transport ties and accusing it of supporting terrorism.

Doha denies that and says the pressure is aimed at stripping it of its sovereignty.