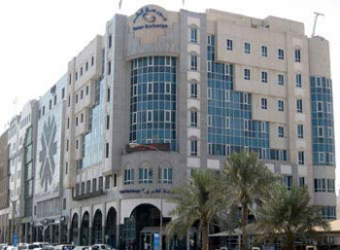 Qatar’s stock market bounced back on Thursday, leading gains in a mostly upbeat Gulf region after the Qatari government appeared conciliatory in its diplomatic dispute with Saudi Arabia, the United Arab Emirates and Bahrain.

Those three countries decided to withdraw their ambassadors from Doha on Wednesday, saying Qatar had failed to honour a Gulf Cooperation Council agreement not to back “anyone threatening the security and stability of the GCC” – an apparent reference to Qatar’s support of Islamist figures.

But Doha responded by pledging its commitment to regional security policies and saying it would not withdraw its own ambassadors, fuelling hopes that the dispute could be resolved.

Qatar’s stock market, which fell 2.1 percent on Wednesday because of the dispute, rebounded 2.3 percent on Thursday in its biggest one-day gain for six months.

“It’s too early to tell what the medium to long-term impact will be, but today is a reversal of the knee-jerk reaction to yesterday’s news,” said Amer Khan, senior executive officer at Shuaa Asset Management.

“Historically, disagreements like these did not get publicised and this was a departure from that.”

Many analysts believe an escalation to the point where the GCC’s integrity is threatened, or where economic sanctions are imposed, is unlikely.

Meanwhile, Saudi Arabia’s bourse rose 1.0 percent to a near six-year high as banking and retail sector shares climbed. Trading volume on Wednesday was the highest since May 2012, and it remained high on Thursday.

Dubai’s measure also rebounded, rising 1.3 percent after slipping 0.5 percent in the previous session. However, it stayed in the range of the last three weeks and appears to have entered a consolidation phase after spectacular gains since the end of 2012.

Volume this week was the lowest since early November, another sign of waning upward momentum.

In Egypt, weak earnings triggered profit-taking, taking the benchmark index down 0.9 percent to 7,950 points. The index has struggled to break decisively above psychological resistance at 8,000 points since rising above it on Feb. 23 for the first time in more than five years.

“Global weighed on the market and it triggered profit-taking across the board, and the market couldn’t sustain above the 8,000 level,” said Mohamed Radwan, director of international sales at Pharos Securities.

Amid Carnage of War, Syria Readies for Assad Re-Election