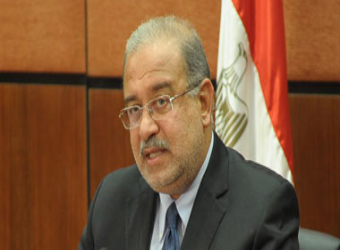 Egypt is enhancing exploration terms and striving to repay nearly $5 billion it owes to foreign oil and gas producers as it struggles to prevent them fleeing to more promising prospects elsewhere in Africa.

Cairo needs them to expand exploration and bring new finds to production if it is to keep the lights on and avoid more civil unrest. But investors are hesitant – Egypt pays them barely enough to cover investment costs.

The costing issue has been compounded since the 2011 overthrow of Hosni Mubarak by Egypt’s inability to pay foreign firms for existing output and its decision to divert for domestic use the share of gas they normally get to export.

The crisis has left BG Group, a major investor which relies on Egypt for almost a fifth of its output, unable to meet export commitments. The British firm has said it would not invest further until more debts are paid and assurances made.

But smaller players say Egypt has raised its game. Its new licensing rounds have attracted bids despite the turmoil.

Ireland’s PetroCeltic, which relies on Egypt for 70 percent of its output, was among three firms to sign up for new acreage last month.

“They have been very creative in keeping investment flowing and keeping investors engaged,” chief financial officer Tom Hickey told Reuters. “For instance, the new rounds give you the opportunity to discuss the gas price, if you find it, rather than setting it in the contract.”

Hickey said onshore gas producers currently receive a maximum of about $2.75 per 1,000 cubic feet, far below the prices paid in the North Sea and elsewhere.

The new leeway is attractive to investors, allowing them to push for higher prices depending on distance from shore, reservoir depth and what the discovery will cost to develop.

Egypt is offering other perks too. It is allowing firms to offset the signature bonus – a one-off fee paid to seal an exploration deal – against receivables rather than pay upfront.

In an important change, new concessions would be able sell directly to commercial users, such as steel or power plants, bypassing government entities, executives and analysts said.

WoodMac’s Murphy said these users would pay more, partly relieving the state of huge subsidies while satisfying producers’ demand for prices that better reflect their costs.

Such measures are vital, say analysts, if Egypt is to stop producers from fleeing to geologically better-endowed neighbours such as Algeria.

Producers welcome the promise of higher future returns, but say new investment will not materialise while Egypt struggles to pay for output, even at today’s lower prices.

About $1.2 billion is owed to BG alone, but it says the outstanding balance has fallen on last year. Smaller firms say they have seen a larger overall share of their debts paid.

Calgary-based Sea Dragon Energy, a small oil producer that relies entirely on Egypt, said it was no longer owed any money.

“It has improved dramatically recently. A year ago we were 180-210 days out on receivables,” CEO Paul Welch told Reuters.

“And they have accelerated the approval process in the ministry… Things are getting signed on a much swifter basis.”

But others have seen the debts mount as Egypt struggles to pay back larger sums. Dana Gas, which relies on Egypt for over half its output, said it received $53 million at the end of 2013, bringing its total arrears down to $274 million.

That represents a $38 million increase from the previous year, but chief executive Patrick Allman-Ward said the UAE-based company was confident a solution would be found.

Welch said the political turmoil also had a silver lining: energy firms’ costs had fallen as the Egyptian pound weakened.

“We are aggressive on Egypt as we think things are improving and the time to invest is now,” he said.

BP said last year it had found offshore gas in Salamat, the deepest well ever drilled in the Nile Delta.

It is evaluating how to proceed but a spokesman said BP remained committed to Egypt and to its major investment in the existing West North Delta project despite delays.

If it is to reverse the decline in gas production and exports, Egypt must ensure it taps these large deepwater finds that are costly to develop and require the expertise and financial clout of multinationals like BP and BG.

“The Nile Delta fields are maturing and that means you have to keep drilling new wells just to stand still,” Murphy said.

“And there have not been significant investments in new fields because the investment climate is just not conducive to making decisions on multi-billion dollar projects.”

Executives said Egypt had agreed in principle to pay a higher price for gas from offshore wells which, unlike oil, only get developed with an assured market and agreed price.

Murphy said prices upwards of $5 per 1,000 cubic feet had been offered in the past couple of years on the later phases of existing production-sharing contracts for major projects.

Executives say talks are ongoing over large projects with the industry pushing for $7 per 1,000 cubic feet – higher than Egypt pays now but less than it would spend on liquefied natural gas (LNG) imports if its own resources lie unexploited.

Egypt already expects to import an extra $1 billion of refined petroleum products and secure significant gas supplies as it scrambles to avert a summer crunch.

“Developing its own resources is a lot cheaper than importing LNG,” Murphy said. “The problem is Egypt needs gas now and some of these projects will take years to develop.”