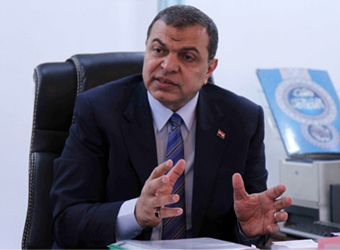 A number of Egyptian workers travelling to Qatar have been detained at Doha international airport for being found in possession of medications that were recently banned in the Arab Gulf nation, state news agency MENA reported on Saturday.

According to MENA, Egypt’s Minister of Manpower Mohamed Saafan received on Saturday a report from the Egyptian Embassy in Doha on those Egyptian nationals detained, who are set to be deported back to Egypt.

The report said the Egyptians were able to show Qatari authorities their prescriptions, or required documents necessary to carry the medications.

It was not clear from the media report how many Egyptians have been detained.

Minister Saafan renewed his warning to Egyptians travelling to Qatar against carrying any kind or quantity of the now-prohibited medications, including those legal in Egypt, MENA reported.