Region may have upward bias on global markets

Strong global markets may give Gulf bourses an upward bias on Sunday, although moderate trading volumes in recent days suggest any gains may not be large.

The Dow Jones Industrial Average rose 1.39 percent on Friday while Brent oil climbed on the last two days of the week, closing at $67.31 a barrel.

Abdulmohsen Al Hokair Group for Tourism and Development may see selling after reporting that annual net profit shrank to 8.7 million riyals from 126.3‍ million riyals; it cited​ low demand from individuals and corporates due to a decline in state spending and private sector demand for conferences. The figures implied a 23.1 million riyal loss in the fourth quarter.

Dubai’s DP World said late on Thursday that it would take legal action after Djibouti ended a contract with the company to run its Doraleh Container Terminal, a move which DP World called an illegal seizure.

DP World did not give an estimate of the financial impact but the news may have little effect on its share price, as Djibouti was only a small part of its large and diversified global portfolio. 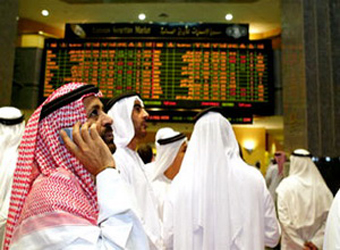