Russia to deliver MiG-29 jets to Egypt on time: Sputnik 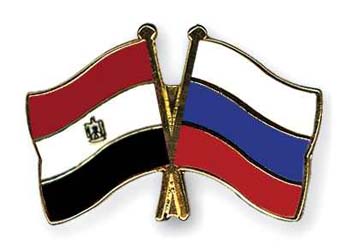 A delivery of 50 MiG-29 fighter aircraft from Russia to Egypt is set to be delivered on schedule by 2020, the deputy director of Russia’s Federal Service for Military-Technical Cooperation (FSMTC) announced on Monday, according to Russian Sputnik news agency.

“The delivery will be carried out within the period set out in the contract,” the FSMTC deputy director Alexei Frolkin told reporters on Monday at the IDEX 2017 military exhibition held in the United Arab Emirates (UAE).

According to Sputnik, the contract- reportedly initiated after Russian President Vladimir Putin’s meeting with Egyptian President Abdel Fattah al-Sisi in February 2014- is the largest order for MiG-29 jets in the post-Soviet era.

In May 2015, Russian business daily Vedomosti reported that the two countries reportedly agreed on a contract worth approximately $2bn to supply 46 MiG-29 air superiority fighters to Egypt.

Cairo, however, has not provided details about the deal, and it remains unclear when the deal was made.

During the IDEX 2017 military expo on Monday, the CEO of the Rostec State Corporation Sergey Chemezov said that Russia is ready to sign the deal on military technology deliveries to Egypt as soon as Cairo solves its financial problems.

“Egypt has financial troubles. As far as I know, they are trying to solve them through loans, including here, with the Middle East countries. If the problems are solved, we are ready to sign the deal [on military equipment cooperation and begin deliveries,” Chemezov said in statements reported by Sputnik in UAE.

It is not clear what specific military equipment the Russian CEO was referring to, though Sputnik reported that Egypt is considering Russia’s offer to deliver Ka-52 Alligator helicopters for Egypt’s Mistral helicopter carriers.

In a February interview with Russian news agency TASS, Moscow’s envoy to Egypt Sergey Kirpichenko said that his country is holding talks with Egypt on supplying armaments for the Mistral ships.

He described these ships as a complex matter that needs to be worked out carefully.

The Ka-52 Alligator is a highly maneuverable reconnaissance and combat helicopter, equipped with powerful offensive weapons, suitable for takeoff and landing in hot climates and mountainous terrains and easy to service.

Egypt has aimed to equip its army with modern weaponry through several military supply agreements since 2014 during the term of al-Sisi.‎