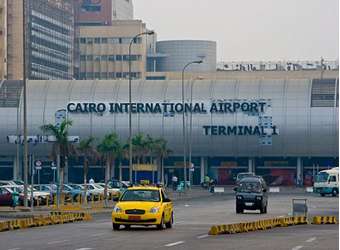 Russian aviation experts may visit Egypt for security checks at Egyptian airports in the first half of 2017, Russian news agency TASS reported on Friday.

He added that Egypt has progressed considerably in ensuring security at airports.

“We are waiting for an invitation from the Egyptian side after implementation of the whole package of measures, in order to make a final expert assessment and report to the country’s leadership on principal readiness of Egyptian airports — all of them or every single one in particular — for resuming air service,” he noted.

Russia suspended flights to and from Egypt last year shortly after an Airbus A321 plane en route to St Petersburg crashed in Sinai after taking off from Sharm El-Sheikh, killing all 224 people aboard.

Since the deadly incident, Egypt has been implementing new, tighter security measures at all of its airports, with negotiations between the two countries ongoing to resume Russian flights to Egypt whose tourism industry has been hit hard since the crash.

According to TASS, Sokolov said earlier said that the date of resuming air services with Egypt would depend on setting up the biometric system of personnel access at Egyptian airports, adding that all other measures on enhancing security have already been taken.

In October, Egypt’s Civil Aviation minister Sherif Fathy said on the one year anniversary of the Russian A321 airliner crash over Sinai Peninsula that the recommended biometric airport equipment recommended was due to arrive in Egypt in November, adding that following installation, Russia will then be contacted to “discuss our next steps.”

Cairo has ordered the biometric access systems to track the arrival and departure of airport staff and expected them to be installed within four months, according to the Egyptian minister.

It remains unclear if Egypt has received the biometric equipment. Civil aviation officials were not available for comment.

Europe on Christmas high alert after truck attack in Berlin