Russian flights to resume to Egypt on February 23 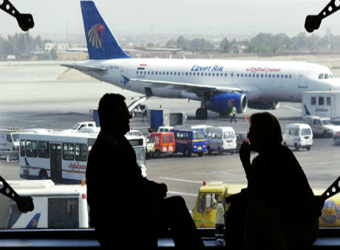 Egypt is set to receive the first touristic Russian delegation on 23 February, following the expected resumption of flights between Russian and Egypt on the same date, after a year and four months of suspension on the back of the downing of a Russian aeroplane in the Sinai Peninsula in October 2015, a Russian state-run news agency reported on Friday.

According to the Russian state-news agency Sputnik, the Tourism Committee in the Egyptian parliament has received confirmations from the Egyptian ambassador in Russia that the first Russian flight to Egypt will be on 23 February.

The Russian agency quoted a member of the parliamentary Touristic Committee, who asserted that following receiving confirmations from the Egyptian ambassador in Russia, the committee held several meetings to discuss preparations for receiving the Russian delegation.

The agency moreover noted that a high official in the Egyptian Tourism Ministry asserted on condition of anonymity that his ministry has known the resumption of Russian flights to Egypt will soon commence.

He added that the ministry is still waiting for official information from the Russian side.

Meanwhile, the agency quoted a denial from a high-ranking consultant inside the Egyptian embassy in Russia that there is a definite appointment for the resumption of flights between Egypt and Russia.

He instead said that negotiations are still ongoing between the Egyptian and Russian officials, and that the resumption appointment is still not yet determined. Similarly, head of the Egyptian Holding Company for Airports, Mohamed Saied, asserted that no official notification until now has been delivered to them regarding the resumption of flights between Egypt and Russia.