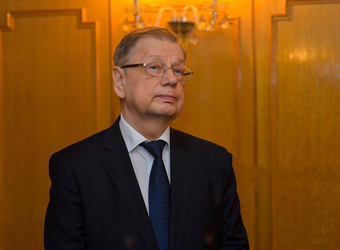 The opening of the General Consulate shows the level of the relations between the two countries and will undoubtedly actively facilitate their development,” Russian Ambassador to Egypt Sergey Kirpichenko said during the ceremony.

Jamshed Boltaev, who was appointed as General Consul to Hurghada, said that the consulate would start working at full-scale in the late February, adding that about 20,000 Russian citizens resided in the city.

The ceremony has been attended by the Red Sea province governor, representatives of Egypt’s tourism ministry and local businessmen.

The decision to open the general consulate was taken by the Russian government in November 2015.

Trump says Nafta ‘renegotiations’ with Mexico and Canada to start